Bravo’s newest Real Housewives spin off “The Kandi Factory” premieres tonight, but it looks like the show is not all that it seems!

The music competition show, hosted by “Real Housewife of Atlanta” star Kandi Burruss, finds undiscovered musicians and gives them the chance to record and perform their own single… or so you would think. 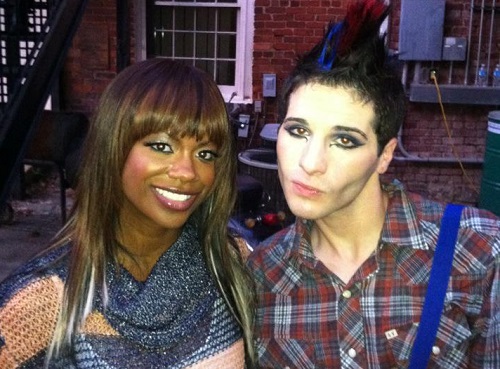 The show may be premiering tonight (check local listings), but the pilot episode actually aired quite some time ago and resulted in a winner, Matthew Solomon.

After competing against single mother Melissa Rose, the 20-something year old ended up winning the show which meant he would receive his own single, “Take That (Middle Finger Up),” which would be available on iTunes.

Well at least that’s what was supposed to happen.

Turns out that after only a few months of availability on iTunes, Solomon’s single was pulled from music store for no apparent reason.

According to sources, without a single to sell on iTunes Solomon could no longer book performances. Nice job Kandi.

Allie Is Wired was lucky enough to see Matthew perform his music back in 2012, check it out here!

Attempts to contact producers and Kandi herself were in vein. Solomon hasn’t been able to reach anyone from the show.

So is The Kandi Factory really giving young hopefuls a chance at “Kandi Koated” stardom or is Ms. Burruss just using these people to keep that money flowing in?