Is Joanna Krupa Breaking Up With Fiance Over Real Housewives of Miami?

Driverless cars on the street ‘within 10 years’ 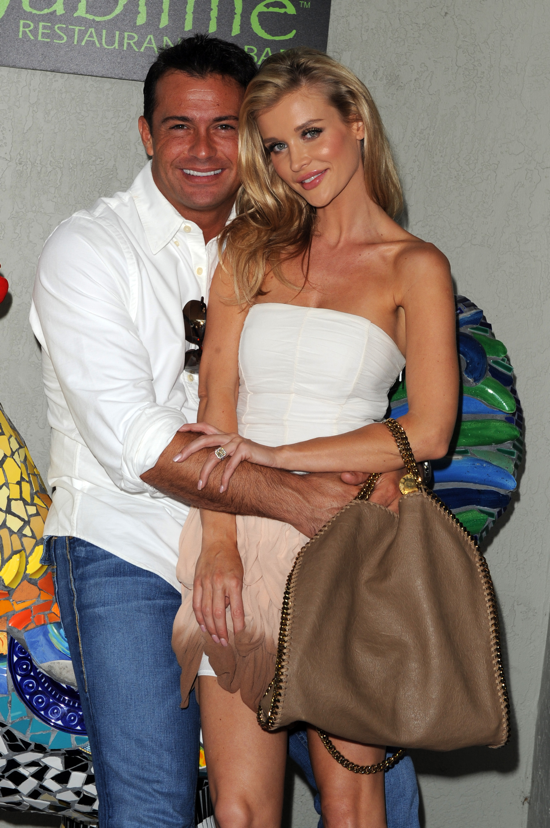 On tonight’s episode of Real Housewives of Miami viewers will see supermodel Joanna Krupa explode over her volatile relationship with fiance of five-years Romain Zago.

While drama is nothing new for the couple that seems to have tempestuous relationship, according to a new report by the National Enquirer, of all places, a lot of the couples’ tension comes from filming a reality show! Sources say Joanna – and particularly Romain – felt “blindsided” by the chaos and drama of being involved in the show which centers around not just their personal lives, but the personal lives of seven other women!

“Romain was expecting the show to be scripted and thought they’d have much more control over some of the topics that were caught on tape,” a source close to the couple dishes, explaining that Romain wasn’t prepared to have very personal moments – or information – unveiled on camera!

Additionally the tumult between the ladies has proven too much for him! “He was shocked to discover what he’d really signed up for was backstabbing, infighting and malicious gossip among the other cast members.” Or their intrusion into his relationship with Joanna!

Allegedly the breaking point for Romain was when some of the other Housewives started pressuring him to actually marry Joanna. And advising Joanna to force Romain to commit as well!

“The fact that he wouldn’t commit to a wedding date had been a bone of contention for the couple for a very long time,” the source explains. “So when the cast held his feet to the fire, it led to a huge blowup between Joanna and him.”

“He was so angry that he quit the show,” the source adds. “And Joanna was so upset she took off her engagement ring, packed her bags and moved out of their Miami Beach condo.” WOW!

Allegedly Romain’s refusal to set a date led the couple to take a break from each other for a whole month during which Romain realized he couldn’t live without Joanna and promised her they’d be married next year. That still doesn’t sound like a commitment to me, but it’s her life!

“Having Joanna walk out was a big dose of reality,” the source asserts. “Romain is madly in love with her and doesn’t want to lose her.”

Well tonight viewers will see just how crazy Joanna gets over her long-time fiance as she gets drunk and out of control at Romain’s nightclub, Mynt. The other housewives are shocked by Joanna’s outburst and concerned!

Also having relationship drama is Adriana de Moura, who despite pressuring Frederic to propose on the last season of RHOM, suddenly doesn’t have any interest in marrying him. Can we say ‘I need a storyline’ or what? In fact, Adriana is so unsure about getting married, she spends the entire evening flirting with another man!

Real Housewives of Miami airs tonight at 9/8c on Bravo. Since we never like to miss a good drunken meltdown, we’ll be live-tweeting the episode drink in hand and popcorn at the ready!

TELL US – ARE YOU SURPRISED ROMAIN THOUGHT THE SHOW WOULDN’T BE STRESSFUL TO HIS RELATIONSHIP? DO YOU THINK HE’LL EVER COMMIT TO JOANNA?

Is Joanna Krupa Breaking Up With Fiance Over Real Housewives of Miami?