Caitlyn Jenner, the ESPYS, and Your Respect 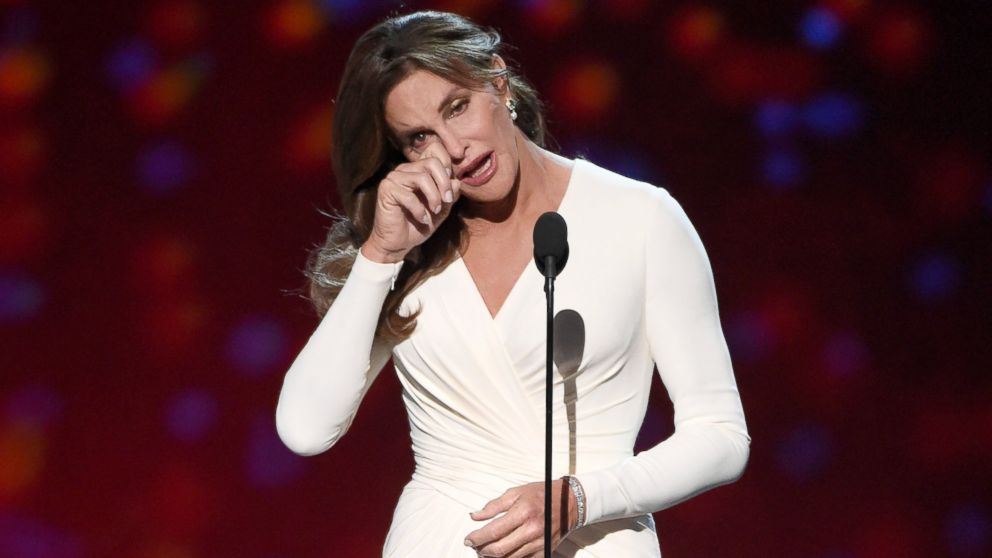 Yesterday, Caitlyn Jenner, formerly known as Bruce Jenner, received the Arthur Ashe Courage Award at ESPN’s annual ESPY Awards. A landmark historical event in sports and pop culture, Jenner took to the stage in a stunning white Versace gown, giving a ten minute speech about tolerance and remembering those whose lives were taken away for having the courage to be their true selves.

“All across the world at this very moment there are young people coming to terms with being transgender. They’re learning that they’re different, and they’re trying to figure out how to handle that on top of every other problem that a teenager has,” Jenner stated. “Just last month, the body of 17-year-old Mercedes Williamson, a transgendered young woman of color was found in a field in Mississippi stabbed to death. I also want to tell you about Sam Cobb, a 15-year-old transgendered young man from Bloomfield, Michigan. In early April, Sam took his own life.”

Caitlyn Jenner’s mention of these two transgendered teenagers who, unfortunately lost their lives just as they were beginning to take shape into adulthood, were vital examples to show Caitlyn’s and the overall human struggle in being a transgendered person in today’s world. Yet, the Twitterverse lost their minds, finding that Caitlyn’s Arthur Ashe award was a complete disgrace to the late African American tennis star’s memory. Media pundits, sportscasters, and even film director/producer Peter Berg, best known for his film and television series, “Friday Night Lights”, have voiced their concerns about Caitlyn Jenner’s latest accolade. “Courage is usually involved with overcoming something,” writer and NPR commentator Frank Deford expressed to the Los Angeles Times. “I can understand and sympathize with the torment Bruce Jenner has endured all these years, but I don’t think it rises to the level of courage. There’s not a great deal of risks involved in the same way that someone who worked down at the body shop would experience.”

Should the Courage award have been given to either Leah Still, Cincinnati Bengals’ Devon Still’s four year old daughter currently battling cancer or former United States Army soldier turned motivational speaker and personal trainer, Noah Galloway? Whatever of the opinions by those who did or did not tune in to watch last night’s ESPY Awards, one thing was certainly made clear- it’s hard to find the perfect outfit for a night out, no matter what the gender, as Caitlyn Jenner voiced during her grand moment under the ESPY spotlight.

“Picking out this outfit…OK girls, I get it…please be kind on me. I’m new at this.” Caitlyn Jenner

The Use of this Article, displayed on our website is for Educational use only. We (Dopeness Magazine) do not take any credit in both creating the media and information of this article; All credit goes to their rightful owners and business entities.