Arie Luyendyk Jr. And Roberto Martinez Are Out! Is Sean Lowe In?

Jay-Z On the Cover of New York Times Style Magazine 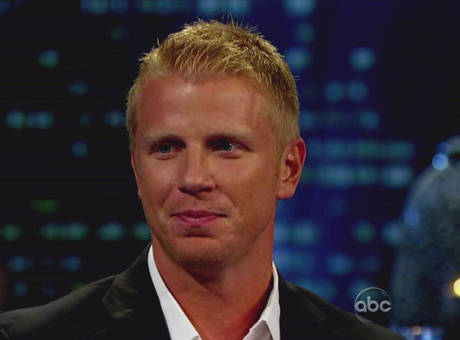 Is Sean Lowe the next Bachelor? Well, apparently, he’s the only “name” still in the running.

On August 31st, Arie Luyendyk Jr. announced that he is pulling out of the race to be the next Bachelor. Arie tweeted, “The Bachelorette was an amazing experience but I will not continue with the Bachelor. Ultimately I realized my heart is tied to the race track and my career is my main priority. I’m looking forward to getting back on the track.”

As you can imagine, Arie‘s fans went crazy. I may have shed a tear myself. Seriously… the good looks… the kisses… the sense of humor… Arie would be an entertaining Bachelor. Did someone just mumble cough ? Eh, their standards haven’t too high in recent years anyway. Case in point – Jake Pavelka and Brad Womack Part 2. Arie responded to me his fans on Twitter, “Lots of encouraging remarks. Thank you for all the love, the future looks bright and you will see more of me soon enough. #LoveMyFans.”

Just a few days later, on September 4th, Ryan Seacrest disclosed that Roberto Martinez will “definitely not” be the seventeenth Bachelor. The dimples are out too?! There’s that tear again.

What else does Ryan have to say?

“First, we know it will definitely not be Roberto from Ali Fedotowsky‘s season of the Bachelorette, as it’s been rumored before. I can reveal that they’ve narrowed it down to three options. There are three finalists. The man in charge of dishing out the highly coveted roses will either be Arie or Sean, who finished second and third respectively on the last Bachelorette, or they may go back to how they used to choose. It could be an unknown third guy. Either way, the president of ABC himself will be involved in the decision.”

Mike Fleiss, the unscrupulous creator of the Bachelor, confirmed nothing when he tweeted:
“We start shooting later this month. A decision must be made this week. Who will be Bachelor 2013???”
I might be in the minority, but I much prefer Arie‘s sense of humor and Roberto‘s dimples over Sean‘s shiny face. I mean, Sean does have an uncanny ability to sniff out damsels in distress in foreign countries… but a skill like that can only get you so far in a relationship. Otherwise, he’s rather dull.
I say it’s time for the Fleissmeister to dig deep and find someone new. I’d like to formally add Shemar Moore to the ballot.
TELL US – SEAN OR SOMEONE NEW?
Photo credit: ABC

Arie Luyendyk Jr. And Roberto Martinez Are Out! Is Sean Lowe In?