Pepsi Summerfest Got a Peek at Camila Cabello’s unreleased album 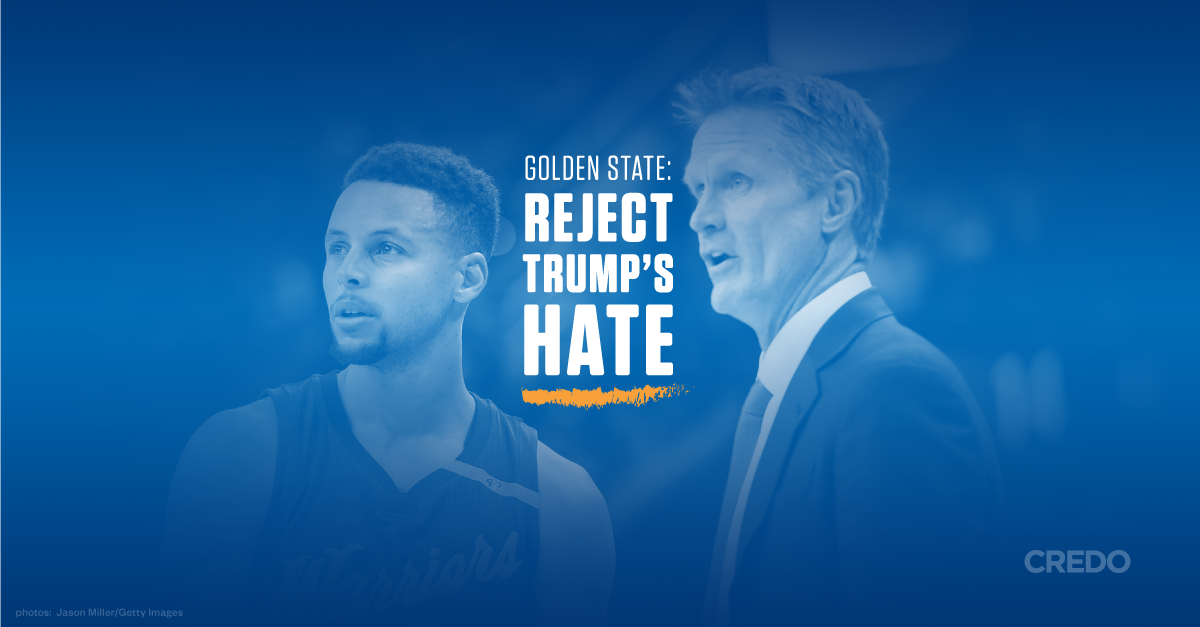 After winning the NBA Finals against the Cleveland Cavaliers, The Golden State Warriors have a new matchup to face in the upcoming future. The White House and Donald Trump. A new petition has started online to keep the Golden State Warriors from visiting the White House. Traditionally after a team wins a major championship they are expected to join the president at the White House in a ceremony of congratulations.
Golden State Head Coach Steve Kerr during the early parts of the season took issue with Donald Trump and his administration. Even going as far as saying if invited to the White House the team wouldn’t appear. All Star Point Guard Stephen Curry also came out publicly saying he wouldn’t visit the White House personally if the team attended. The controversy lies in the last few days when Steve Kerr made an appearance on the TK Show and changed his opinion on a possible White House appearance.

“The biggest thing for me is it’s about the players. It’s about the team. We have not met about it because we haven’t been invited. But I would want to make sure the players give this really a lot of thought. Everybody knows I’ve been a very outspoken critic of Trump, so as a result maybe we won’t even get the invitation. But I do think it’s very important to consider a potential invitation because I think it could have very positive ramifications if we did go.” – Steve Kerr on TK Show

In wake of these comments, a petition was started by CREDO. . CREDO is a social change organization that offers products and services like their cellphone coverage plan, CREDO Mobile, to fund nonprofit movements around the country. It currently has over 50,000 signees and rising due to Kerr’s recent comments.

Josh Nelson, a CREDO representative released this statement regarding the petition when contacted by Dopeness Magazine.

“More than 50,000 people have signed CREDO’s petition urging the Golden State Warriors to publicly reject Trump’s hate by refusing to set foot in his White House. After initial reports that the team wouldn’t be visiting the White House, Warriors head coach Steve Kerr said last week that he was open to the possibility and that he would leave the decision up to the players. CREDO will be escalating its campaign in the coming days and weeks in light of Kerr’s remarks.”

This is not CREDO’s first petition against President Trump. It’s one of many against the President during his short tenure in office. In the beginning of the petitions mission statement, they openly call President Trump a racist bigot and refer to his administration as racist, xenophobic, and sexist in the paragraphs to follow. Recognizing this visit as a tradition, The Golden State Warriors could make a statement that other teams in the past never have had the chance to do.

With the controversial campaign of Donald Trump in the past election, many people disagreed with his views and the part of the country he represented. Actors, Political Activist, Musicians and others have come out publicly to stand against him and his inflammatory comments pertaining to race, gender, sexuality and reproductive rights. Under President Trump, many bills that protected healthcare, the LGBTQ community, and the environment have been either repealed or changed in ways to reduce funding. Along with these Trump also imposed a heavily criticized travel ban of certain middle eastern countries believed to be a threat to national security. A travel ban Steve Kerr made statements against while also referring to the president as “ill-suited” for office.

In recent news, California prohibited state-funded travel to states Texas, Alabama, South Dakota, Kansas, Mississippi, North Carolina, and Tennessee over their anti-LGBTQ legislation. Other states noticed the risks imposed by Presidents Trump with his views on LGBTQ protection and climate change. Some of which took their own precautions such as re-registering states for the Paris Climate Accords and passing their own laws protecting the rights of the LGBTQ community. Taking these steps against President Donald Trump and his legislation has shown that California has sent a clear message that it does not support his views.

While Kerr’s comments clearly indicate that a decision has not been made and an invitation hasn’t been extended, it doesn’t rule out the possibility of the team making an appearance in the future. With the pressure from CREDO and over 50,000 signees backing the petition, the Warriors organization will eventually have to come to a decision.

The petition can be found here: https://act.credoaction.com/sign/warriors/