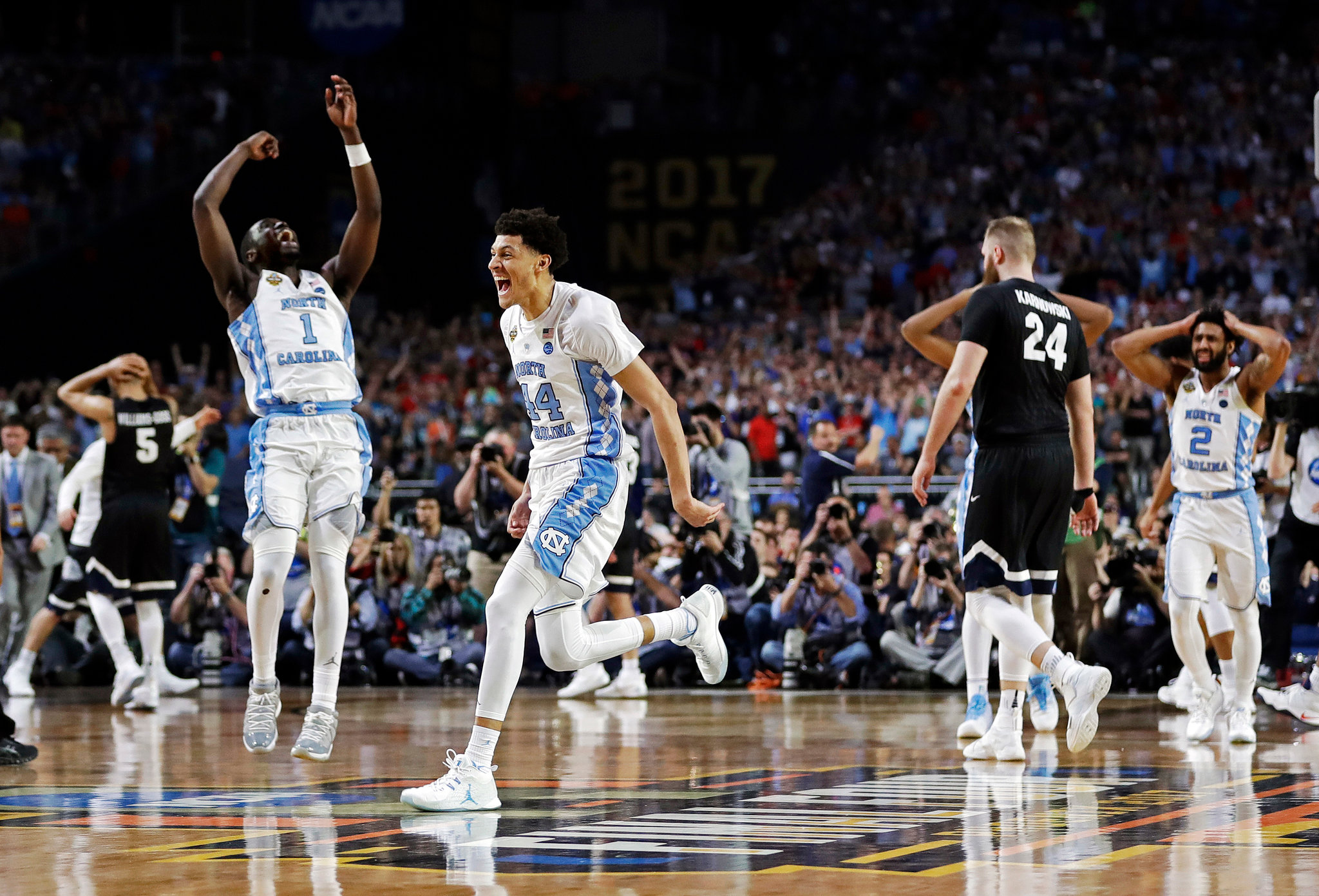 North Carolina pulled away in the final seconds to beat Gonzaga, 71-65, in the NCAA men’s basketball championship Monday night in Glendale, Ariz., in a game marred by poor shooting and an abundance of personal fouls.

In what had been a tight game throughout, North Carolina closed out on a 9-2 run. Nursing a three-point lead with 21 seconds left, Carolina’s Kennedy Meeks made a crucial block of a shot by Gonzaga’s Nigel Williams-Goss, with Justin Jackson racing for a basket on the other end to seal the game. Joel Berry, who was named the tournament’s most outstanding player, led the Tar Heels with 22 points.

Gonzaga shot just 33.9% for the game, and Carolina wasn’t much better, at 35.6%. The teams combined for a whopping 39 personal fouls, 21 in the second half. When referees weren’t blowing their whistles, they were drawing fans’ ire for a number of missed calls and long video reviews.

One Shining Moment is going to be three minutes of the officiating crew.

It was the sixth championship for the Tar Heels, third-most in history, trailing only UCLA (11) and Kentucky (eight). It was also the second straight trip to the finals for North Carolina, who lost last year to Villanova on a buzzer-beating three-pointer, 77-74.

REDEMPTION IN THE DESERT! #NationalChampionship pic.twitter.com/P9RTDUDUp8

Both teams were No. 1 seeds in the tournament. It was the first NCAA finals appearance for Gonzaga, which has made the tournament every year since 1999, but had never previously advanced past the Elite Eight.

Bettors ended up happy: North Carolina, which was favored by one point, covered the spread, and the total score fell well under the official line of 155½.