This is a big moment ladies and gents, because Alfa Romeo has just unveiled its full production version of their much anticipated 4C compact sports car, which is set to make a world debut at this year’s Geneva Motor Show. A big moment indeed, as this car has been the one designated to signify Alfa Romeo’s triumphant return to the US market under Fiat CEO’s Sergio Marchionne’s big and expansive plan. 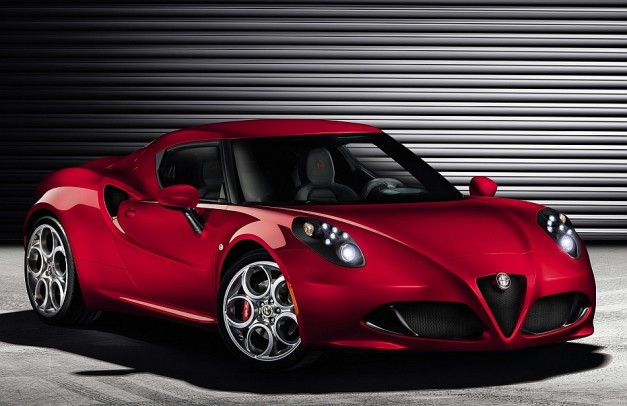 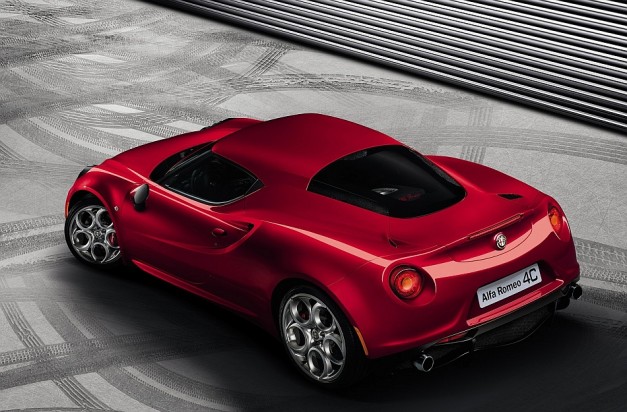 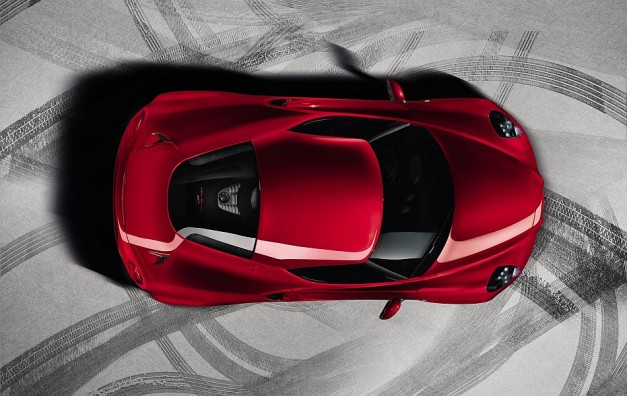 The 4C, much like its bigger, more expensive and far more exclusive brother, the 8C, uses an extensive amount of carbon fiber and aluminum to keep the 4C lightweight. And thanks to the weight savings, Alfa Romeo fitted an all-new turbocharged four-banger called the 1750 Turbo Petrol engine. Though full details surrounding its power output have been withheld. However, some have speculated around 230hp as this new 1750 first made its debut in the Alfa Romeo Giulietta, in which it produces 232hp, not too long ago.

That 1750 engine is mated to a “TCT Automatic” dual-clutch transmission.

Bespoke to the Alfa Romeo 4C is their new “Alfa DNA” selector, which allows drivers to select up to three normal settings for the car’s onboard systems: Dynamic, Natural, and All Weather. But there’s a fourth one called Race, which is meant for balls out performance.

Until we get the absolute full beans from the debut at Geneva, check out the press release, check it out after the jump and get pumped!

The final version of the Alfa Romeo 4C makes its début at the 83rd International Motor Show in Geneva. This mid-engined rear-wheel drive coupé with two bucket seats represents the true essence of a sports car at the heart of Alfa Romeo’s DNA: performance, Italian style and technical excellence, offering maximum driving satisfaction in total safety.

Designed by Alfa Romeo engineers and produced in the Maserati plant in Modena, the new compact supercar will be available for purchase in 2013, marking the return of the Italian brand to the United States and inaugurating Alfa Romeo’s global growth plan.

The Alfa Romeo 4C derives directly from the concept which raised many eyebrows in wonder at the Geneva Show in 2011, so much so that it won three prestigious awards: the ‘AutoBild Design Award’ (2011, Germany), the ‘Design Award for Concept Cars & Prototypes’ (2012, Italy) and the ‘Most Exciting Car of 2013′ – ‘What Car?’ (2013, Great Britain).

The acronym ’4C’ draws its inspiration from the brand’s glorious past, projecting the values of technology and emotions into the future. Indeed, it refers to Alfa Romeo’s great sporting tradition: the acronyms 8C and 6C in the 1930s and 1940s distinguished cars – both racing and road – fitted with the powerful ‘eight cylinders’ and the innovative ‘six cylinders’, confirming in its design layout and construction the goal of achieving the power /weight ratio of an authentic supercar, less than 4 kg/HP, yet focusing not merely on the maximum power delivered, but on limiting the weight to guarantee maximum agility and top performance. To this end, the Alfa Romeo 4C uses technologies and materials derived from super sports cars (including the Alfa Romeo 8C Competizione) – carbon fibre, aluminium, rear-wheel drive – and technologies from the latest standard models from Alfa Romeo, but updated to enhance the sports appeal of the new car even further. This is demonstrated by the new 1750 Turbo Petrol all-aluminium engine with direct injection, the sophisticated Alfa TCT twin dry clutch transmission and the Alfa DNA selector with the unprecedented Race mode.

Designed by the Alfa Romeo Style Centre, the 4C immediately brings to mind some of the traditional iconic models which have left a significant mark in the history of the Brand. Above all others, in terms of dimensional and layout similarities, one stands out in particular: the 33 Stradale, a car that combined extreme mechanical and functional requirements with an essential style which ‘clothed’ the engine and chassis appropriately with unmistakable Alfa Romeo treatments. The 4C has followed suit, and thus completes a journey which was embarked upon with the 8C Competizione, emphasising some particular concepts of the brand, such as compact size, dynamism and agility.

The elemental design and essential materials also distinguish the interior, which is all designed and built for maximum driving satisfaction. Specifically, the carbon fibre in the interior immediately stands out, used to make the central cell, which has been left in full view to enhance the sense of uniqueness, of technology and light weight.

The compact dimensions make this car with 2 bucket seats truly unique amid its competitors: it is just under 4 metres long, 200 cm wide, 118 cm high and with a wheelbase of less than 2.4 metres. These dimensions serve both to emphasise the compact size of the car and to accentuate its agility. What’s more, owing to the designers’ excellent work, the car achieves maximum aerodynamic efficiency levels, recording a negative Cz (downforce coefficient) which, as in racing cars, contributes towards achieving increased stability at higher speeds.

An evolution of the engine already in use in the Quadrifoglio Verde version of the Giulietta, the new 4 cylinder 1750 Turbo Petrol engine implements an innovative aluminium block and specific intake and exhaust systems which have been optimised to enhance the sports appeal of the car even further. In addition, it boasts cutting-edge technical solutions including direct fuel injection, dual continuous variable valve timing, a turbocharger and a revolutionary scavenging control system that gets rid of any turbo lag.

The 1750 Turbo Petrol engine is teamed with the innovative Alfa TCT automatic twin dry clutch transmission, which is a genuine benchmark in its segment due to its low weight and extreme speed of activation. The gears can also be changed in sequential mode using the shift paddles located behind the steering wheel.

The Alfa Romeo 4C also sees the début of the new Alfa DNA selector which not only features the three standard settings available until now – Dynamic, Natural and All Weather – but also a fourth mode: Race, designed to enhance the driving experience on a race track even further.

Excellence made in Italy

The very best technical and industrial expertise of the Alfa Romeo and Maserati brands were used to develop the final version of the 4C. Specifically, the teamwork between the two brands was aimed at the integration of the Alfa Romeo design department with the Maserati production plant. In short, this too is a distinguishing trait of Alfa Romeo, a brand with a century of history that continues to be one of the most famous and popular ambassadors of Italian products across the world.