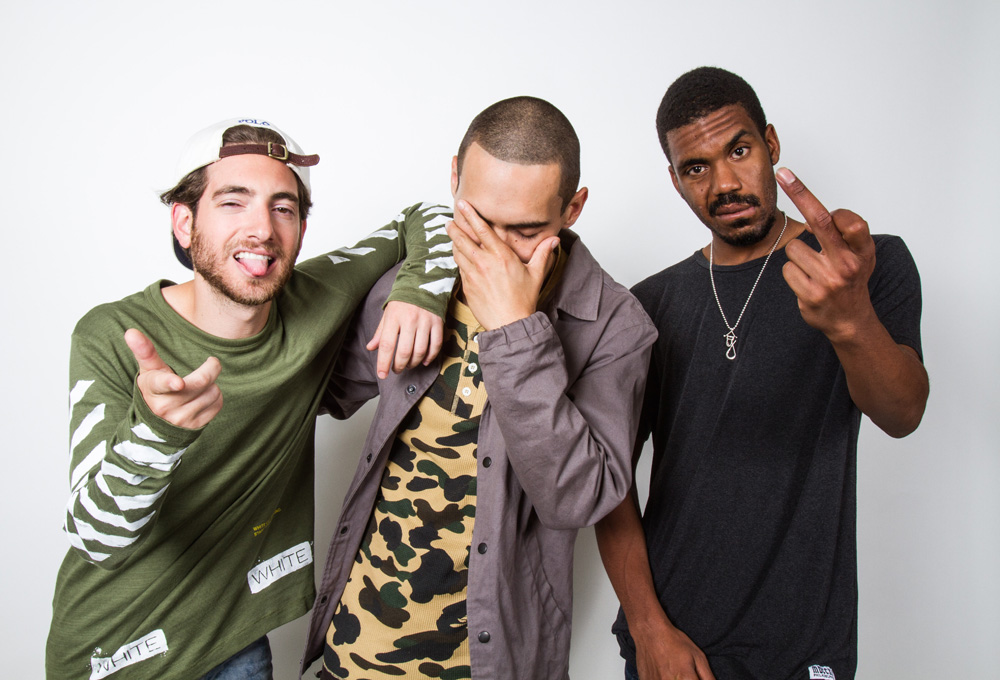 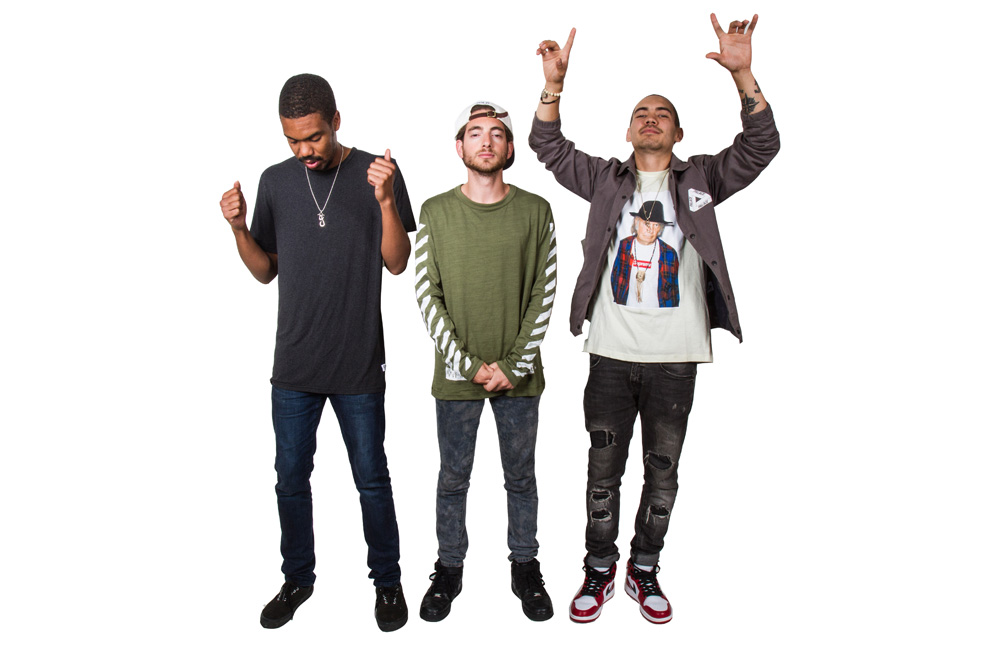 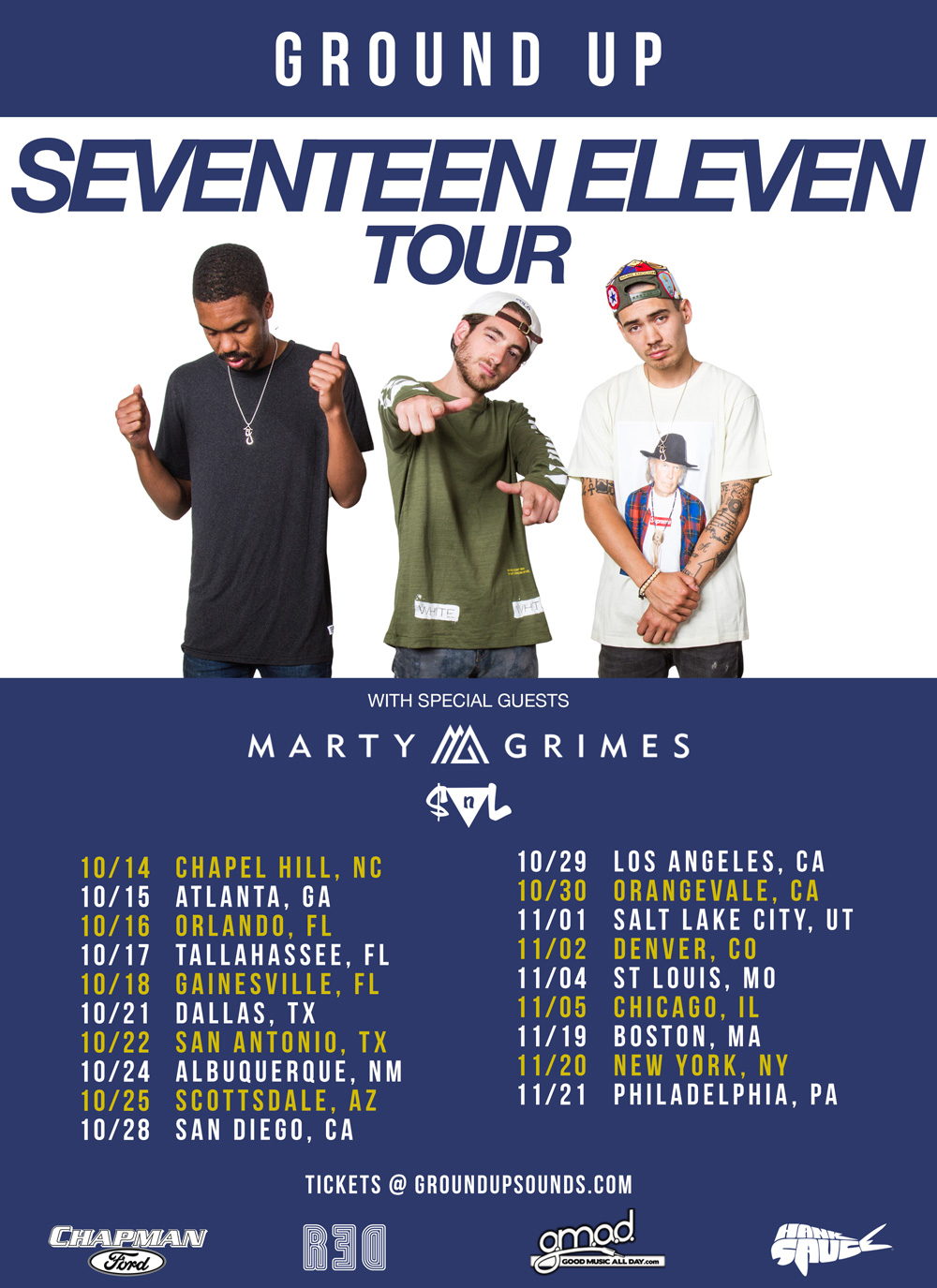 Unless you’re completely out of touch with the music scene, or have been “living under a rock” for the past few months, then you know that Ground Up, one of the hottest hip-hop groups out of Philadelphia, dropped their first full length album today: Seventeen Eleven. The album, cleverly named after the address where the group was formed, is an accumulation of everything the group has worked on since their last EP release in July 2013. We were able to sit down with Bij and Azar to talk about what went into the album and how they’ve grown as a group since 2008.

How did Seventeen Eleven come about?

BIJ: 1711 Montgomery Ave is the address to the house where our group was formed. Azar and Malakai met at Temple University orientation and I had already known Azar since childhood. We were making music for fun amongst our friends but it was the atmosphere of this house and the people in it that made us pursue music a lot more seriously.

What is the inspiration and concept behind Seventeen Eleven?

BIJ: Seventeen Eleven is a movement that we have been building since we lived in that house in 2008. We seem to carry that same formula no matter where we live. This album is an accumulation of our entire body of work and our experiences as a group.

From start to finish, how long did it take to perfect this album?

BIJ: I guess you can say that this album has been building since we started as a group, but really it’s an accumulation of everything we have worked on since our last release. We made way more songs than you will see on the album, but it was a long process in choosing and shaping how 1711 was really supposed to sound.

What is your favorite track and why?

BIJ: “Balance” – This song really demonstrates our musical progression we’ve developed with each other. This album features a lot of guitar melodies that I have played, and this song is one I am very excited for people to hear.

You guys have been around for some time, how has Ground Up evolved over the years?

AZAR: We’ve grown a lot as people and artists. We all have very distinct visions of what we want from all of this and they’re all aligned with one another’s. We’ve all realized that this is much more than a hobby. This is our career. We scrutinize every word of every verse and every riff of every beat much more than we used to. We all have the highest expectations and we want our music to reflect that.Both you and G-Eazy are blowing up right now, how did that partnership happen? Who is your dream collaboration?AZAR: We went on tour with G two years ago. From the very beginning, it was obvious that we had similar ambitions as artists and aside from all that, he’s just a really down to earth dude. His team is very similar to ours as well as far as being tight knit and very professional. I think they’d say the same about us. I’m grateful we met, we’ve learned a lot from him. As far as a dream collaborator, that’s hard to say. We’re fans of every genre of music. I’d like to get Elton John and Jay- Z on the same track with us though.

What is your favorite album/song out right now? Who is that one artist that is always playing in your headphones?

BIJ: Alabama Shakes “Gimme All Your Love”. This band Glass Animals is also a current favorite of mine.

AZAR: My favorite song at the moment is probably Antidote by Travis Scott. I’m a huge fan of his music as well as his movement. I will always have Ground Up in my headphones. I listen and it drives me crazy dissecting songs we’ve made. There’s always something that could’ve been done better. That’s the beauty of it though.

Not only are these guys making waves with their music, but they are also breaking into the streetwear scene with their line MDCCXI Cloth. You can see more of Ground Up and MDCCXI on their Seventeen Eleven Tour starting this month. Seventeen Eleven is available for purchase on Itunes now.