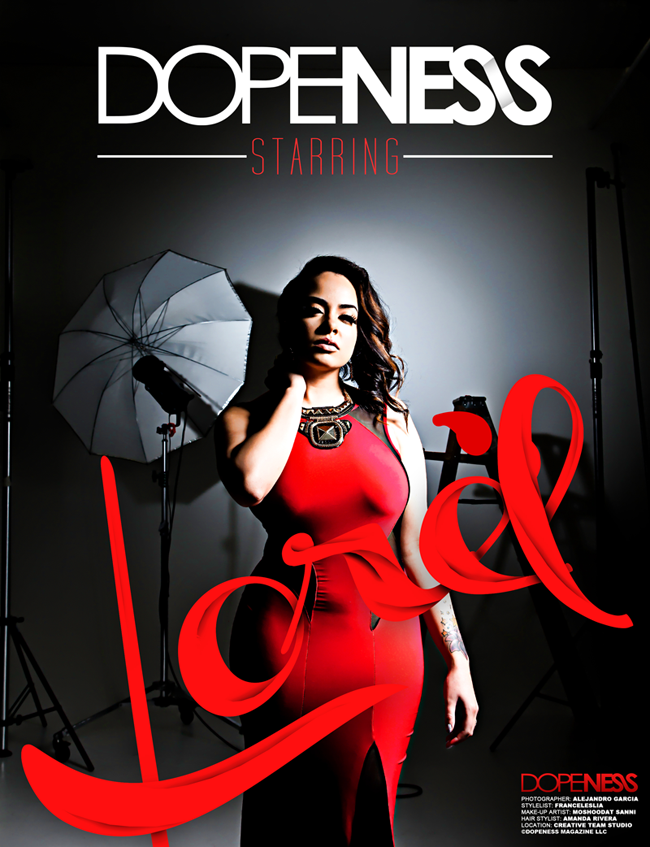 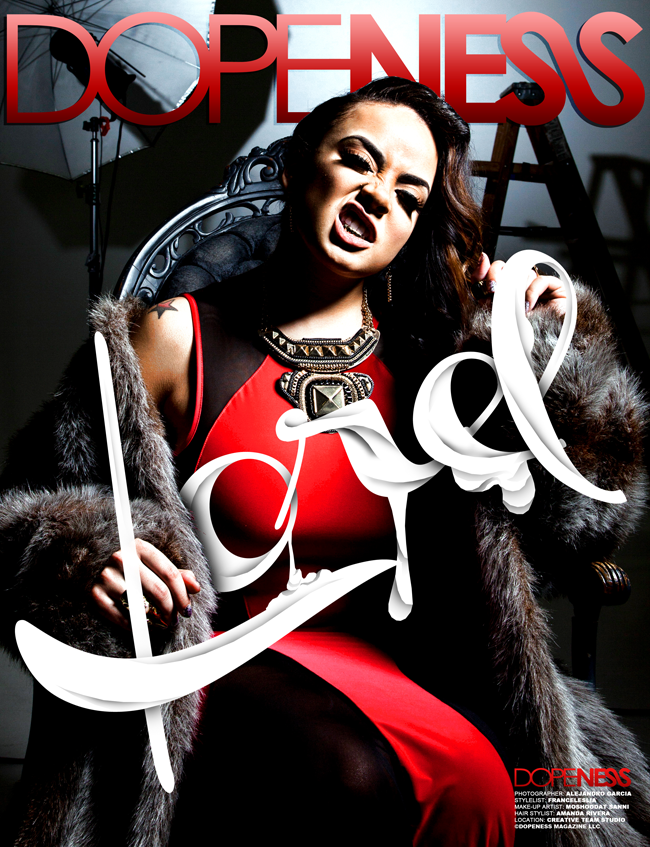 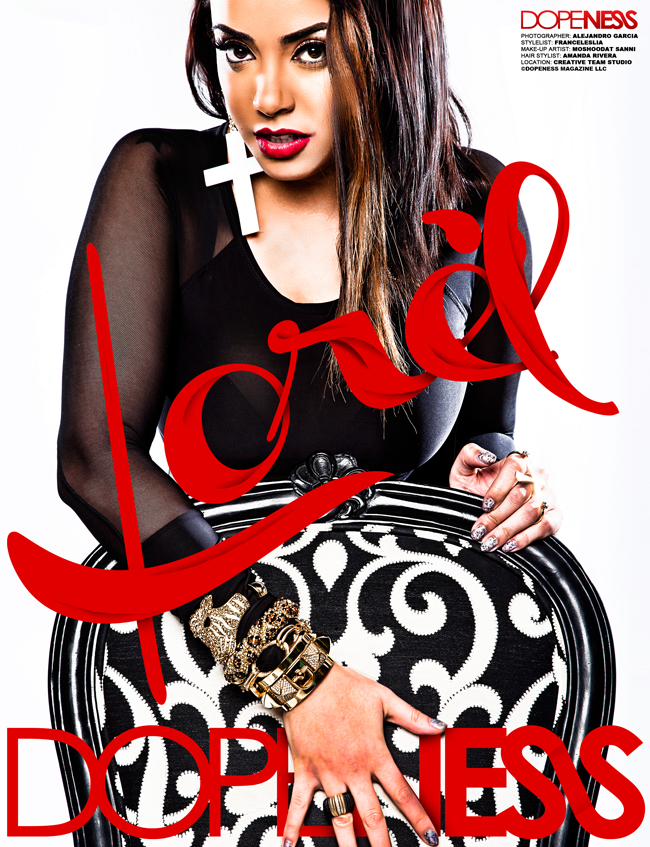 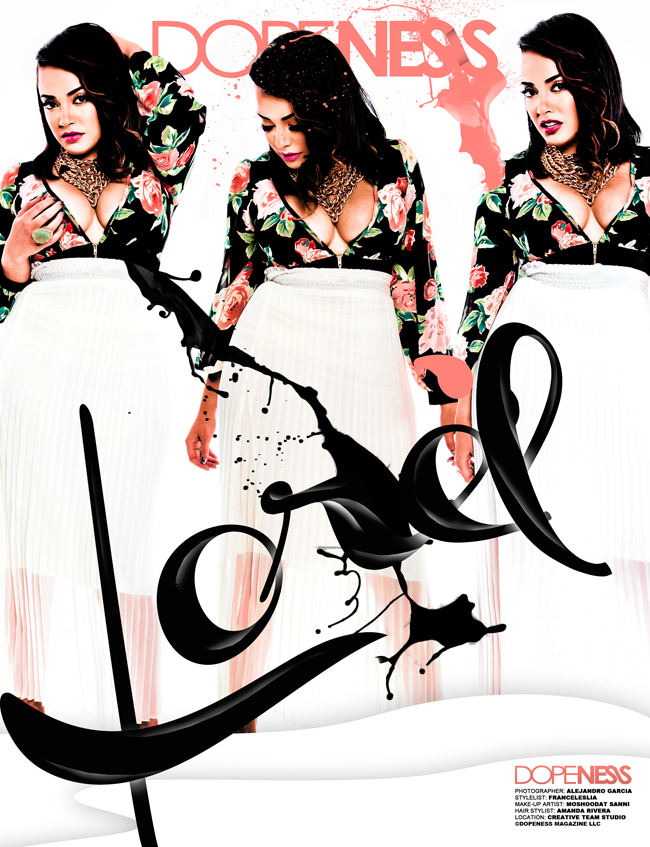 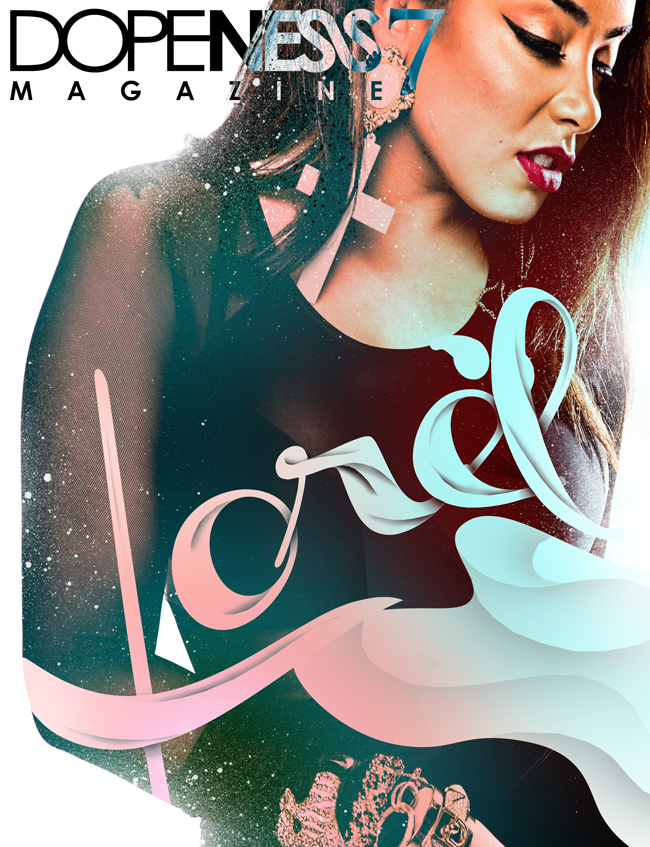 Dopeness Magazine Caught up Lore’l after her cover shoot to get her insight on her take on her music career. Lore’l spent many years in rap sessions with the Outsidaz in her teen years with the addition of having the opportunity to work as a intern at Sony records. Lore’l stars on VH1’s hit show, Love & Hip Hop which set the platform for her music career. She recently released her new mixtape Billboard Bytch which is her follow up to last year’s Leading Lady release by none other than her own label “Outta They League Ent”. Read the interview to get her input as a music artist.

Do you feel that people are able to see that through your music and your work?

I would hope that people would see what I’m trying to do through my music. I may be a little bit raunchy and foul mouthed at times so it may be hard to see the true person through it but everyone has their layers and as I grow musically maybe I could express more about myself to my fans

As a hip hop artist what type of music would you categorize your music being that you already coined it a little raunchy?

Yeah I would say that my rap is a little more hardcore than opposed to pop or something like that. It’s not that I can’t make a crossover friendly record, I just prefer the hard rugged hip hop tracks that I grew up listening to and I feel like it may not be as many people doing what I’m doing especially not any females,but I feel like I’m headed in the right direction, and I would rather be doing what I’m doing than copying after and following after other artist or other people.

How long have you been rapping and doing this kind of music?

I have been rapping for 10 years now, I have always been into music started off singing, and I dabbled in a little singing in this project which is very different for me because since I did start out in singing and got so steered away from it since I started rapping I didn’t really have an interest in singing again. So I fell in love with rapping so that’s what I do now. I want to showcase my talents, and show off so I wanna let them know that I have a little tune to my voice too. You know drake can do it future can do it lauryn hill can do it I can do it.

If we would have heard Lore’l 5 years back would we have heard the same Lore’l today? 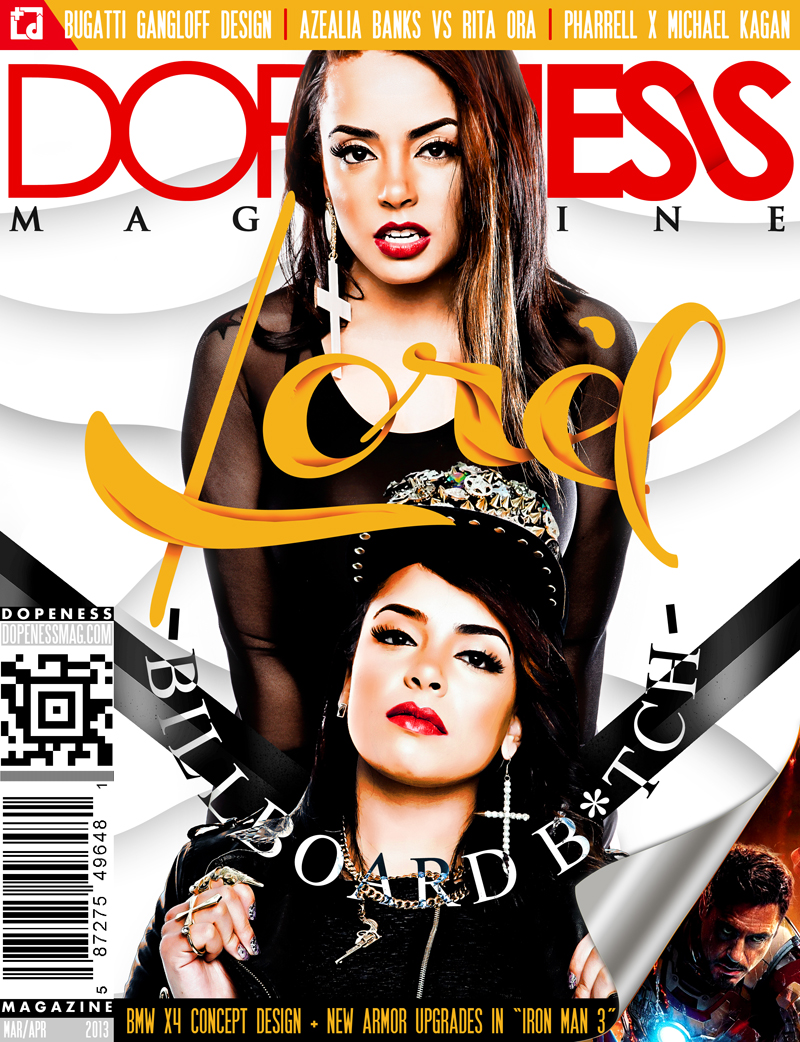 Absolutely not I feel like in anything practice makes perfect. A basketball player goes and practices every day to work on their shot. As a rapper I’m in the studio at least four times a week. So that’s practice and if I’m not in the studio I’m writing or I’m performing or doing something that has to do with this damn music and that practice made me into a beast, and I feel like I’m only going to get better that’s the good exciting thing, I know a lot of people f**k with me now but I could only imagine in two or three years it already got so much better so who knows?

What were the steps that you proceeded to take throughout your change that helped you get to where you are now?

I would def have to say I didn’t do everything on my own even though I know a lot of my own hard work is what brought me here today but the relationships that I had in the industry with different people, my constant grind and hard work, and I feel like that’s what brought me here. I got approached to do love and hip hop and that was a platform for me, I wouldn’t necessarily say music wise it helped me so much, I would definitely say it made me more known as a person, but as far as music that’s something that I’m going to have to do on my own, and I have been doing that so it’s nothing that I’m a stranger to.

Do you feel like it’s important how you are viewed as a person from listening to your music?

Is it important to know Lore’l before you listen to the mix tape? I do think that once you get to know me you understand me a little better, some people may think things that I’m saying are untrue or farfetched but I’m talking about my life, or others who are close to me. I do feel like it would be better to get to know me before my music, would I say that l ove and hip hop represented me as a person? I get that as so because I am a good hearted loyal person, I tell it like it is all the time, but at the same time I don’t feel like they showed the funny part of me, or my real anger, I feel like they showed the sternness which is true. I spazzed out a time or two but its more so that my real personality is funny fun cool kind of person so I don’t feel like that was translated well but as far as being a role model more so than anyone else I would say I stood my ground, I didn’t act ratchet as they say, or throw drinks, or have to fight, and I like that about the whole situation, but yeah I really feel like you have to understand me to understand this music.

Being a part of these opportunities and television in this industry has it helped you learn yourself better?

it gave me more self control, I mean with time I learned how to control my anger a little more

So it’s safe to say you write your own lyrics?

Absolutely, anybody that really knows me knows I don’t play when it comes to my verses and my music. I work hard, I felt like that was a smack in the face on anybody even questioning that. I feel like I love doing this so why the f**k would I let somebody else make money. I’m gonna write the song and get the money, this isn’t no 5 o’clock free ride ni**a.

With the skill, talent, and personality, the package, do you see yourself doing this forever?

Do you see yourself retiring as Lore’l? Do you have dreams to venture off into something else? I feel like anybody that just stops at the ceiling should want to walk outside and teach the sky. I can do acting, I can do modeling, clothing lines, and own chains of restaurants, like why not? I wanna make sure I’m successful at every thing I do and I feel like branching out is the only smart thing to do. I do have my own label right now OTL(Out of There League Entertainment) so I do wanna have artist eventually. But right now I’m focusing on myself cause I know I don’t have enough to pull somebody else on. When the time is right I do wanna expand my label. I think helping another person get on is a good thing especially for my pockets if you end up being the next Drake or something. And we only putting out stars!