The Top Ten Things You Should Know About Step Up: Revolution

Martin Scorsese made an iPhone ad 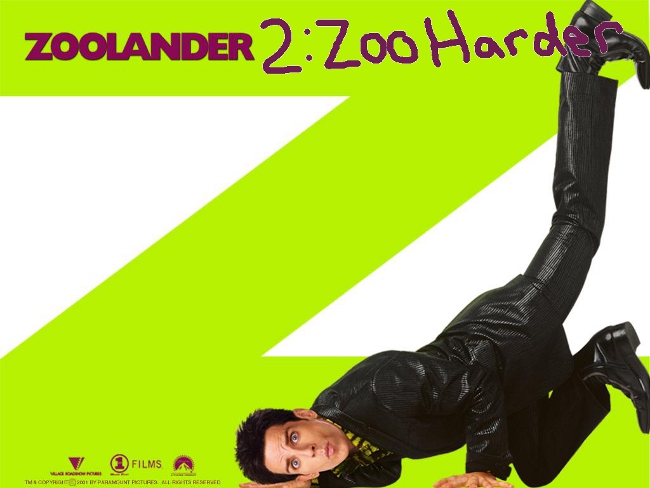 That's a real poster. Not 'shopped at all.

Drew McWeeny from HitFlix recently sat down with the cast of The Watch – Ben Stiller, Jonah Hill, Vince Vaughn, and Richard Ayoade – and he did that thing that actors always seem to love at press junkets, when he asked only Stiller about a project that has nothing to do with the movie they’re promoting (video after the jump). But I can’t actually tell when Vaughn is irritated, so maybe they didn’t mind – even when Hill looked at his watch – and it doesn’t matter because this is about Zoolander 2, folks.

A sequel to the 2001 eventual hit has been rumored for some time, much like Anchorman 2 (happening) and Old School 2 (hopefully not happening), for quite some time. Stiller didn’t actually reveal too much about the possibility or potential of Zoolander 2, but he did admit that there is a script.

I would love to make Zoolander 2, and it’s just a matter of getting all the pieces in place. We have a script that we really like. I think it will happen when it’s meant to happen.

I’m so appreciative of people who love the first one, and it would be really fun to do another one. The circumstances have to come together, but I’m hoping they will.

The problem facing a Zoolander sequel has been that Paramount isn’t all that interested, because the original film didn’t do so hot at the box office, so a sequel wouldn’t be that cost-effective. However, that has always been a hollow argument. Zoolander was released on September 28, 2001, just a few weeks after the attacks of 9/11, so movies weren’t exactly a priority at the time. Hell, half of Hollywood shut down for months. But on a budget of $28 million, the film ended up grossing $60 million at the box office, eventually becoming a huge DVD hit as well.

Owen Wilson also previously admitted that the sequel – working title Twolander, if he is to be believed – would definitely happen, so whether you like it or not, get ready for at least one Halloween of Blue Steel and Magnum.