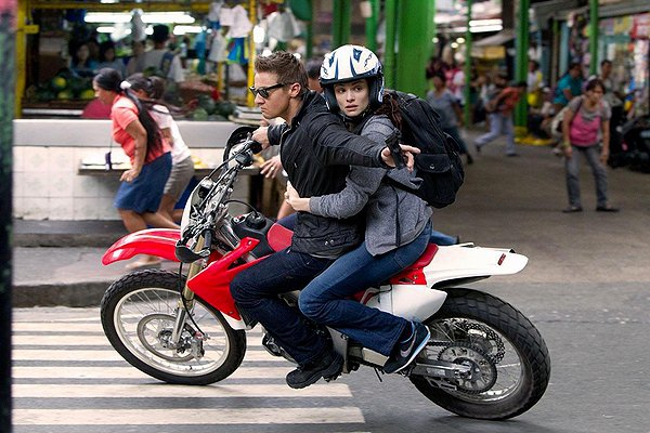 “Hold on tight, babe. We’re late for the Affliction sale.”

FilmDrunk Suggests: Vince hates the Bourne movies so he sent me this message to include in this edition of WMG: “Whatever you do, don’t see any Bourne movies because I don’t like them. Go see Hope Springs because old boners are awesome.” I like the Bourne movies, so go see Legacy. [Not true! I said go see my comedy show! Saturday night! Buy your tickets here! -Vince] 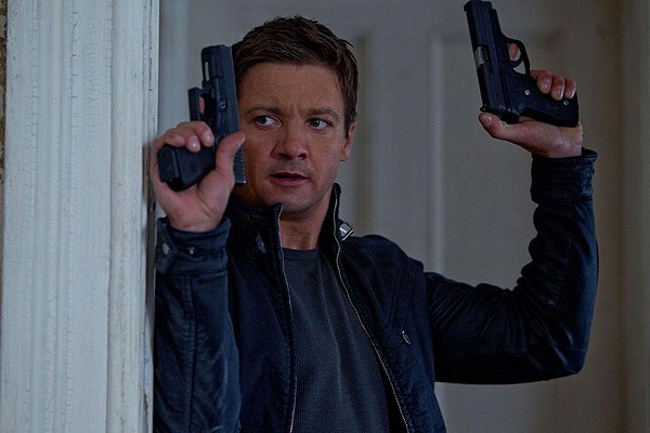 “This one’s for fighting and this one’s allegedly for dudes.”

“And while the door has been left ajar for Jason to return, the franchise has found a compelling, new hero in Aaron Cross and a commanding performer in Jeremy Renner.” – Lisa Kennedy, Denver Post

“But most importantly, Gilroy keeps the Bourne mythology firmly intact while moving it forward, and leaves the door open for just about anything in the future.” – Tom Long, Detroit News

Armchair Analysis: No matter which way you look at it, the door is open for something, apparently. Either way, as a big, big fan of the Matt Damon trilogy, I’m not excited that this franchise will continue, but I can certainly live with it. I’d rather see the films turn more to the source material and involve Carlos the Jackal, but I guess that’s something I’ll have to hold my breath for.