Weekend Movie Guide: I AM THE LAW! 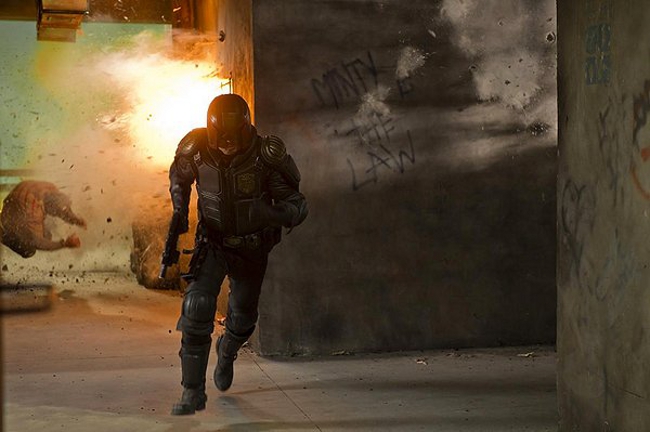 “HEY! I wasn’t done judging yet, but this isn’t helping your cause!”

In Theaters Everywhere: Dredd 3D, House at the End of the Street, End of Watch, Trouble with the Curve

FilmDrunk Suggests: Flip a coin for Dredd 3D (which Vince really liked) and End of Watch, which I think looks fantastic. Dredd 3D is my Sunday Movie Day movie of choice for this week, though, because Karl Urban is my bro. Did You Know: Between Urban and my undying love for Rosamund Pike, DOOM is watchable? It’s true. 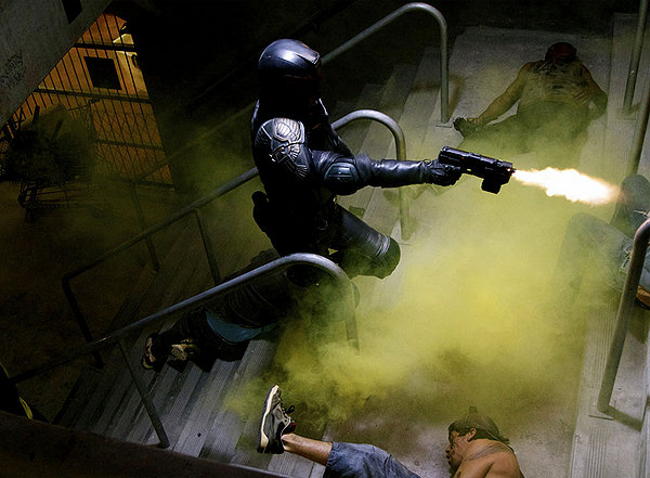 SHOOT THROUGH THE FART CLOUD!

“Every so often there’s a suggestion that a police state may actually be a lousy idea, but this thought dies even faster than the disposable characters.” – Manohla Dargis, N.Y. Times

“Proves a surprisingly unimaginative cops vs. drug lord story, complete with the weathered veteran forced to take a rookie under his wing.” – Frank Lovece, Newsday

Armchair Analysis: I’d love to line up every smarmy, fart-sniffing film critic and just spend an afternoon flicking boogers at them for every stupid complaint they’ve ever written about a comic book movie. I’m not going to read Vince’s review of Dredd 3D until after I’ve seen it this weekend, but it looks fantastic. And aside from one stupid complaint of mine (why don’t they just blow up the whole building and move on?) we should be thankful that we finally have something to replace the abomination that Sylvester Stallone unleashed on us during his “I should be best friends with Rob Schneider” phase. If you’re a critic and you analyze this movie as anything more than a comic book about an apocalyptic cop who shoots first and asks questions later, then I hope your nuts get stapled to a seesaw.

The post Weekend Movie Guide: I AM THE LAW! appeared first on FilmDrunk.

Weekend Movie Guide: I AM THE LAW!