Weekend Movie Guide: ‘Promised Land’ And Stuff That Already Came Out On Christmas

Can combining two lame, played-out genres create something new? That’s the basic question behind Warm Bodies (based on the book of the same name), which combines the zombie movie with the unpopular-high-school-kid-in-love movie, in the hopes of earning a DOUBLE KITSCH SCORE. Nicholas Hoult (Beast from X-Men First Class) plays the zombie, Teresa Palmer is his human love interest, and you can watch the first four minutes online below. I guess it makes sense, I mean, what’s a zombie anyway if not a prototypical movie slacker, only with paler skin, discheveleder hair, a slouchier posture, and a dirtier hoody? Anyway, I have to admit, my initial reaction is “GUHHHHHHH…”, but it does come from Jonathan Levine, who last directed 50/50, which was easily one of my top five favorite movies of that year. Maybe this will be good? I wouldn’t put my money on that, but I’d bet my life that the zombies are some kind of metaphor, you guys!

Based on the book by Isaac Marion, Warm Bodies was directed by Jonathan Levine. When we spoke to Levine last year, he was excited to be trying something different with the genre. “What we’re trying to make here is very different, very unique — the tone is a little ballsier, I think. Yes it’s still a romance, but it has more elements of humor; it’s got cynicism and irony and cultural commentary. It’s just smart. That’s what appeals to me about it.” [Movies.com]

If you can use zombies for cultural commentary across a hundred different settings and cultures, is it really that good a tool for cultural commentary? It’s like saying “what’s amazing about the Beatles is that they’re such a perfect a reflection of sixties optimism, but also revolutionary France and a future world set in space.” 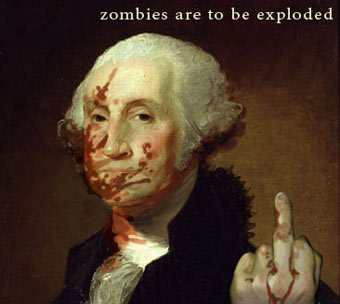