Caterham Cars Exclusive: A look to the future

Hank Azaria on his Heat reaction shot: ‘I was truly scared’ 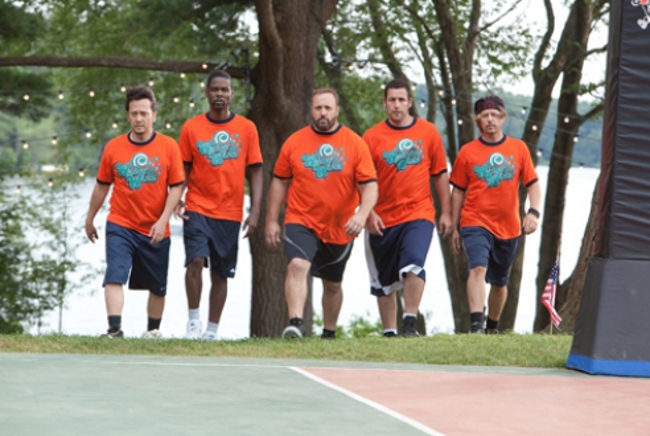 “We came here to *fart noise* and kick ass and we’re all out of *record scratch*.”

Adam Sandler, Kevin James, David Spade, Rob Schneider, Chris Rock and the rest of the Happy Madison cronies are back for the sequel to my 2010 pick for the Worst Movie of the Year and, with the glaring exception of That’s My Boy, possibly the worst movie Sandler has ever made, Grown Ups. The trailer for Grown Ups 2 hit the web yesterday, and if you’re wondering how low the brow is for this alleged comedy, it takes roughly :53 for a deer to show up and piss on Sandler’s face.

For some reason – I’m assuming public torture – Lenny Feder and his crew have moved back to their hometown, and as they’re reminiscing about the good old days, they find themselves tormented by “Frat Boy Andy” (Taylor Lautner) and his bro (and eventual gay lover, if my Happy Madison research is correct) “Frat Boy Milo” (Milo Ventimiglia). If they don’t make at least one “farternity” joke, I will probably have a shock-induced stroke.

Also joining the cast are Shaquille O’Neal and “Stone Cold” Steve Austin, as well as Andy Samberg, Jorma Taccone and Akiva Schaffer (AKA The Lonely Island). Sandler even managed to pillage the Saturday Night Live cast for Bobby Moynihan, Taran Killam and Paul Brittain, in what is sure to be the most ridiculously drawn out gay joke of 2013.

And just in case you thought they didn’t add any absurdly attractive girls to the cast for Spade and Schneider to have their way with, Victoria’s Secret supermodel Erin Heatherton, Hellcats star Aly Michalka and smoking hot golf WAG Paulina Gretzky round out the friends-of-Sandler-studded cast. 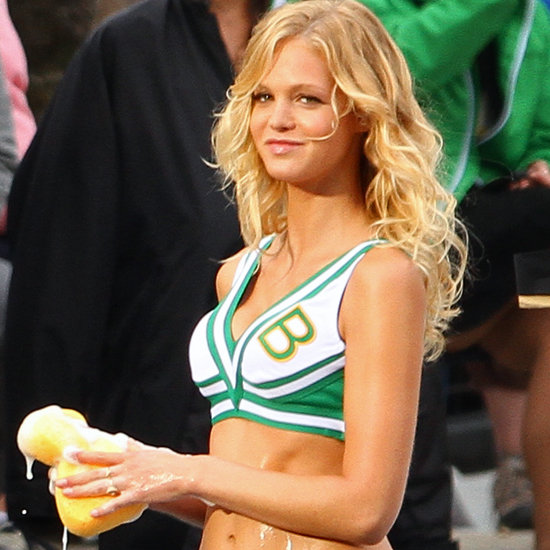 In all, I give this trailer two armpit farts and a flicked booger.

The post The Trailer For ‘Grown Ups 2′ Has Arrived appeared first on FilmDrunk.