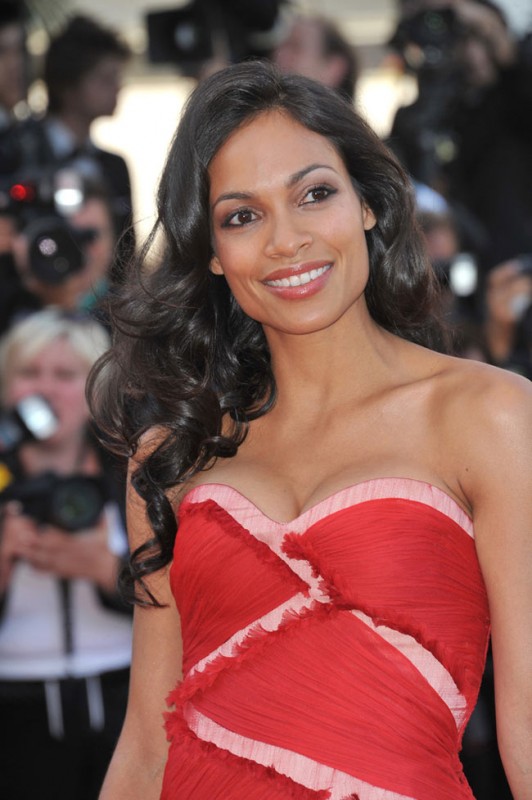 Here’s a bit of late-breaking news for you today, the kind of pube story I drop everything in order to cover. Turns out ROSARIO DAWSON GOES FULLY NUDE, FULLY SHAVED FULL FRONTAL NUDITY for Danny Boyle’s Trance, which opens in a few markets this Friday. (*cashes check from Google, buys rhinestone sweater for cat*)

All of this was revealed in an interview with James McAvoy over at Vulture. It’s a longer interview, but I’ll do my best to clear up the fluff around the edges so that the most important bits are laid bare.

Good to know. [Rosario Dawson] had it a little tougher than you [during the love scene], just because she had to go full-frontal because of your character’s preferences regarding pubic hair.
Yeah, I know! Tough gig! Even when I watched the movie, I was like, “Wow! That’s … ” Hold on for a second. [Says good-bye to someone.] Where were we? Ah, shaving the vagina, as people do.

I haven’t liked Danny Boyle’s increasingly awards-baity output his last few movies, but if this one’s got a frank depiction of Rosario Dawson’s shaved pubes, I’m in. I’m a sucker for that kind of stuff. I’m seeing Trance this week, so I’ll be sure to bring my finest jeweler’s loupe so as to confirm. In any case, it’s nice to hear. Not because I prefer my ladies bald like a cue ball – I prefer them like a well-manicured lawn, truth be told – but lately a lot of these actresses lately have been getting away with saying they’re going “full frontal” when really, they’re just wearing a merkin suit. You call that brave? Hell, you give me a merkin diaper and I’ll march right down to the local Starbucks and order us a foamy latte in front of everyone. It doesn’t count of you’re not showing off the real McAvoy. Boy, this post went downhill fast. Almost instantly, really. By the way, here’s an actual email I sent Burnsy a few minutes ago:

“Hey, hope you don’t mind, but I bumped your last post to tomorrow so I could cover Rosario Dawson’s pubes.”