Weekend Movie Guide: Does Anyone Know The Plot Of ‘Broken City’? 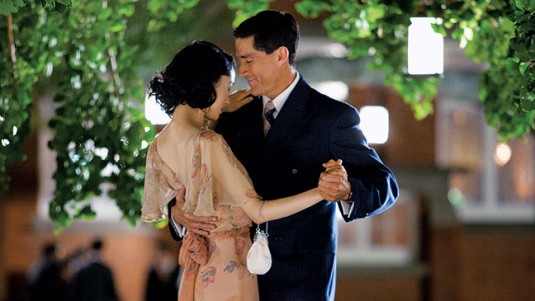 An indie historic drama Emperor which premiered at the Toronto International Film Festival last year to a standing ovation, finally gets a full-length trailer. We only had a chance to see the short clip from a grand historical romance-drama of the kind too rarely seen these days.

Peter Webber’s film takes place in the immediate aftermath of World War II and stars Matthew Fox as General Bonner Fellers, an expert in Japanese culture assigned to assist General Douglas MacArthur (Tommy Lee Jones) in investigating whether or not the beloved Japanese Emperor should be punished for war crimes.

And, despite Jones bankable presence in the trailer, this is a tale focused on Fox’s character and his investigation. The romance with the mysterious school teacher Aya (Eriko Hatsune) weaved into it. Emperor, scripted by Vera Blasi and David Klass (Kiss the Girls), also stars Kaori Momoi, Toshiyuki Nishida and Aaron Jackson.

Check out the latest official US trailer.

A gripping tale of love and honor forged between fierce enemies of war, EMPEROR unfolds the story, inspired by true events, of the bold and secret moves that won the peace in the shadows of post-war Japan. Matthew Fox joins Academy Award® winner Tommy Lee Jones and newcomer Eriko Hatsune to bring to life the American occupation of Japan in the perilous and unpredictable days just after Emperor Hirohito’s World War II surrender. As General Douglas MacArthur (Jones) suddenly finds himself the de facto ruler of a foreign nation, he assigns an expert in Japanese culture – General Bonner Fellers (Fox), to covertly investigate the looming question hanging over the country: should the Japanese Emperor, worshiped by his people but accused of war crimes, be punished or saved? Caught between the high-wire political intrigue of his urgent mission and his own impassioned search for the mysterious school teacher (Hatsune) who first drew him to Japan, Fellers can be certain only that the tricky subterfuge about to play out will forever change the history of two nations and his heart.