The Walls Project in London

Considered One of the Best Workspaces in Europe: Eneco Headquarters in Rotterdam 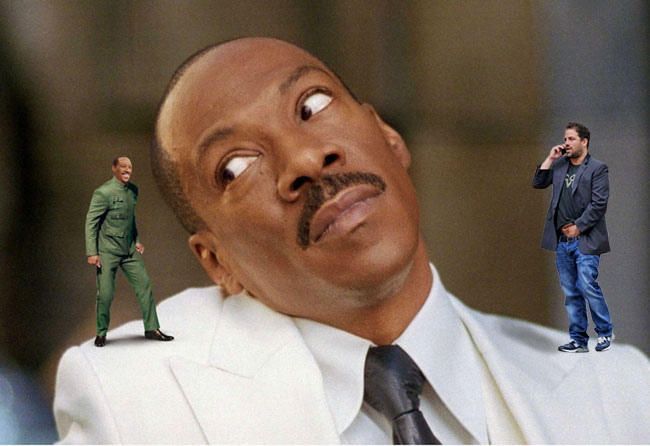 Forbes today released their list of Hollywood’s most overpaid actors, finding that Eddie Murphy topped the list, with Katherine Heigl a distant second. I believe Forbes performed the study in conjunction with No Duh Magazine, with help from grant by the No Sh*t Institute’s Department of the Plainly Obvious. This after Murphy toplined Forbes’ number two bomb (hee hee! “number two bomb!”) of the year, A Thousand Words (The Oogieloves should really get some kind of award for managing to be worse than A Thousand Words).

Here’s the list, with the number meaning the amount of box office return for every dollar that actor was paid:

His string of flops lands Murphy at the top of our Most Overpaid Actors list for 2012. We estimate that for every $1 Murphy was paid for his last three films, they returned an average of $2.30 at the box office.

To compile our list, we used data on actors’ earnings gathered for our Celebrity 100 list. Box office grosses and budget estimates are from Box Office Mojo. We looked at the last three films each actor starred in over the last three years that opened in more than 2,000 theaters, calculating the return on investment for the studios who pay his (or her) salary. [Forbes]

It’d be interesting to see a list that studied more actors. Taylor Kitsch, for example, while his salary is undoubtedly much lower than Murphy’s, starred in Battleship, Savages, and John Carter, and probably just barely missed out on being in Red Dawn. I’d like to see how he ranks against some of the bigger stars. Yes… someone should really make that list. (*stares off into distance, absent-mindedly eats Cheeto*)

“Eddie Murphy: At least a third as profitable as Nic Cage!”