Channing Tatum Is Taking A Break From Acting

Weekend Movie Guide: ‘Promised Land’ And Stuff That Already Came Out On Christmas 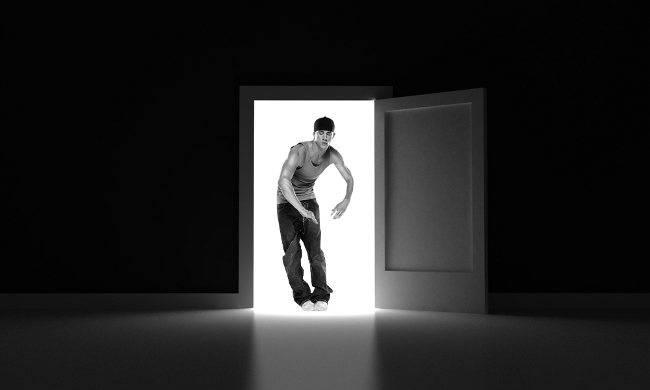 DON’T YOU CLOSE THAT DOOR, C-TATES!

I don’t know, you guys. I really don’t even know how to break this news to you all right now. I guess it’s Band-Aid time, so let’s rip it right off – Channing Tatum is going to take a break from acting in 2013.

“[Reid Carolin and I] have about three to four ideas that we love that are all in the hopper. By the end of next year, we’re going to shut things down and write the first thing that we’re going to direct. We’re going to be like, alright, no more acting parts for a minute, let’s take a few and really get caring about that section of our career.” (Via EW)

Do you want to know how serious he is? Tatum has already been ruled out of playing Christian Grey in the Fifty Shades of Grey film series. Sorry ladies, but you can put your burnt vibrators away.

No, this isn’t about his fans. This is about what he wants. What HE wants. I’ve never witnessed something so incredibly selfish in my life – “Peep me, I B C-Tates n I’m all GQ’s Movie Star of da Year, People’s Sexiest Man Alive n BET’s Hottest Homeboy! I’m an A-lizzlezister now and want 2 has a mad serious career and make joints dat mean some’n 2 me n not have my restaurant open when Burnsy visits New Orleans!”

What about your fans, Channing? Yeah, that’s right, I called you Channing. You’re not C-Tates to me right now. You’re just some dude, who is actually probably going to focus on being a father, trying to “do what’s best for him”. Disgusting.

Well, Tatum fans, enjoy the world’s greatest actor while he lasts, because when 2013 hits in a few weeks, you’re only going to be able to see Channing Tatum in GI Joe: Retaliation, Side Effects, White House Down and Foxcatcher. And then in 2014? Just The Contortionist’s Handbook, 21 Jump Street 2 and Jupiter Ascending. That’s it. That’s all you get.

The post Channing Tatum Is Taking A Break From Acting appeared first on FilmDrunk.

Channing Tatum Is Taking A Break From Acting