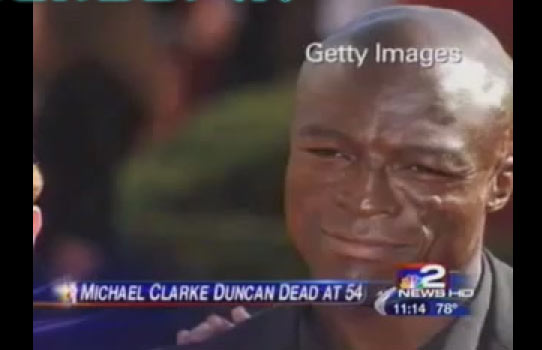 Holy crap, this is real? Yep. A Buffalo local news station is apologizing after their chyron read “MICHAEL CLARK DUNCAN DEAD AT 54″ over two separate pictures of Seal in a video package.

Buffalo NBC affiliate WGRZ has issued an apology after mistakenly airing photos of musician Seal while reporting on the death of Michael Clarke Duncan on Monday evening. The station reported on Duncan’s death during Monday’s 11 p.m. newscast. During the segment, a short video of Duncan at various red carpet events aired; toward the tail end of the story, the clip switched to still photos, which were all of Seal.

A statement posted on the WGRZ Facebook page reads:

Yep; our bad; we own it. A careless editing error at the end of the Michael Clarke Duncan story in our 11pm news. Two entertainment stories accidentally merged into one video clip. Sincere apologies. [MediaBistro]

Aw, thank God for screw ups like this. Without them, I wouldn’t know local news still existed.

Luckily, I’m pretty sure this one is Photoshopped: 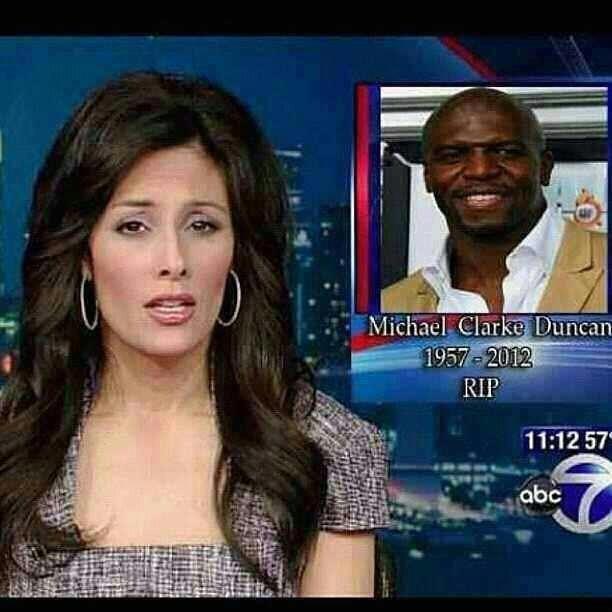 This just in! Michael Clarke Duncan has died! In local news, Marsha Henderson’s cat Petey got stuck in Trish Richards’ shrub! Up next, the killer bees are closing in and Mikey the water-skiing squirrel! Back to you, Skipper!

-Thanks to Andre for the tips.