You probably thought the boom/bust cycle experiment that started with Alan Greenspan was over when Ben Bernanke came to the Fed. Or maybe you weren’t that naive to begin with. Either way, Bernanke is implementing very similar and in my opinion, dangerous economic policy.

When Greenspan was head of the Fed, he made it well known that the stock market was a favorite target of his. This became known as the “Greenspan Put”. This was the levitating effect of stock prices that placed a “put” or floor under the equity market. Greenspan was even more explicit a few weeks ago when he said:

“the stock market is the key player in the game of economic growth.”

I believe this is an incredibly misguided view of what the stock market is. The stock market is a secondary market where SAVERS exchange shares of stock in what is nothing more than an allocation of their savings. The price of those shares reflect the GUESSES of future expected cash flows. And as we all know, what you have in stock market gains is not real until you cash out of the game and exchange your shares with someone else. Of course, everyone can’t cash out of the game at the same time since all shares issued are always held by SOMEONE. So there’s an inevitable bagholder if the you-know-what hits the fan. There is no escaping that simple fact.

The risk of course, is that a stock market has the inconvenient truth of both a “poverty effect” as well as a “wealth effect”. Owners might feel better off if shares increase in value. But owners feel just as poor when they decline. Of course, if you can keep it going in one direction it’s like a good ponzi scheme. But if the shares deviate from their underlying fundamentals and a disequilibrium occurs you’re asking for big time trouble from an inevitable “poverty effect”. It ripples through the economy as stocks take the stairs up and the elevator down when panic sets in. Anyone whose been awake during the last 15 years knows how that feels.

The danger here is the illusion of real wealth where there is only nominal wealth. And that illusion appears to have at least some impact on spending. As you can see in the following chart (figure 1 via Orcam Financial Group), the personal savings rate is inversely correlated to stock prices. So, the increased wealth makes savers feel better off temporarily and then when the air comes out of the market those savers suddenly realize that their stock portfolio is just an allocation of their savings and they stop spending as the poverty effect kicks in.

There doesn’t appear to be any question that such a strategy can work in brief periods of time. But the question is whether we should be designing policy around such an inherently fragile part of the economy (stock prices). More importantly, we should ask ourselves whether a policy of targeting stock prices will create a disequilibrium where stock prices become detached from their fundamentals and create the illusion of a saver who is wealthier than he/she really is.

Me, I prefer to let prices float as they will and implement policy that actually helps the underlying corporations. If I were running a public company I wouldn’t waste my time talking up my stock price. I would run the corporation to maximize earnings per share. Global central banks obviously think this is nonsense. And so the whole stock price targeting theory reeks of ponzi finance and putting the cart before the horse. Of course, no one can know when the boom turns into the bust, but it appears as though this sort of policy substantially contributes to the bust when it does occur. And that’s where we are. We are in the boom phase. The bust will come (just as it always does) and when it does we’ll likely all turn to the same institution who helped the boom get out of control in the first place. 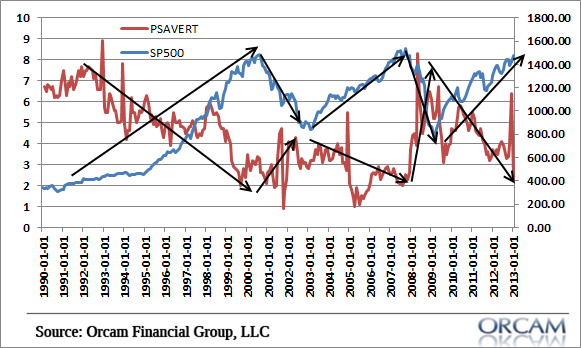 Join the conversation about this story »