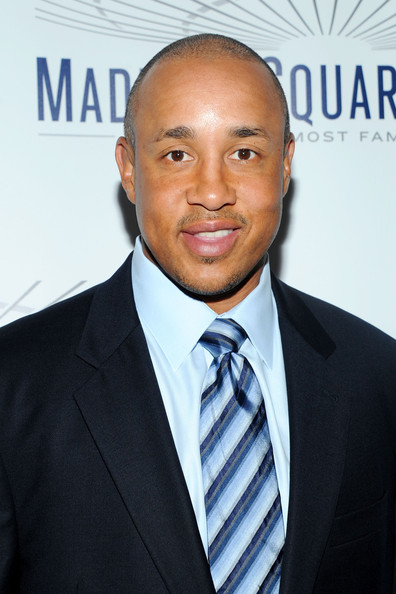 Check out my one on one interview with the retired NBA shooting guard:

Hello Mr. Starks; thank you for taking the time to speak with Dopeness Magazine this eventing. So you’re hitting 20 years with your foundation, how do you feel about the accomplishments and being able to change lives?

“It’s been terrific, actually incredible! I started the foundation back in 1994, and I’ve seen a lot of other players with foundations come and go through the years…. For ours to be standing after 20 years, it says that we are doing something right.  We have great sponsors who have been a part of our foundation since its conception and the celebrities that keep coming out year after year.”

What do you think is the key element to the [John Starks Foundation] that allows it to have this kind of longevity, as opposed to any other not-for-profit org?

John humbly gives all of the credit of success of his organization to Jennifer Apple, the Director of the John Starks Foundation.  “She makes sure that my job is a lot easier, that all I have to do is show up and show my face.”

Lastly, John shared a notable anecdote that reminds him of why he continues to strive to support thousands of underprivileged children.  He recalls traveling to a game in Utah with the Knicks in 2002.  A young woman was sitting next to him during the game.  As he sits on the bench, out of the game for a bit, the young woman takes a chance to gain his attention.  She then proceeds to thank him immensely for the financial support the John Starks Foundation had provided her throughout all four years of her undergraduate study.  She was a graduating senior at that moment and travelled all the way to the Utah game to thank Mr. Starks in person.  This story stays with John always and motivates his endeavours to keep his foundation astride.

Other notable guests in attendance for support include, Jason E. Abrahams, Michael Strahan, and Plaxico Burress. Guests were treated to an open bar, and delicious reception treats to go around.  After the media hype died down, everyone joined John by Lucky Strikes lanes.  Corporate and personal sponsors showed of their bowling skills in the name of fundraising for higher education for inner-city youth.

John Starks has also partnered with fellow athlete Anthony Mason to open Custom Fuel, Pizzeria.  This D.C. based chain makes its New York City debut in Harlem, located on 123rd and Frederick Douglas Avenue.  Stop in for a slice!