Australia’s Economy Is In Worse Shape Than We Thought

$49 Cubieboard for developers is heavy on specs, light on the wallet 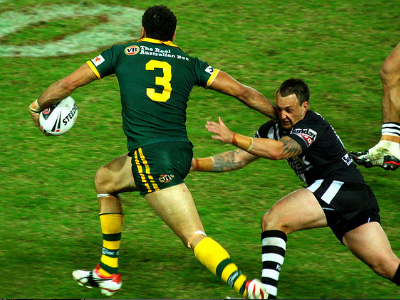 Second-quarter gross domestic product advanced 0.6 percent from the previous three months, when it rose a revised 1.4 percent, a Bureau of Statistics report released in Sydney today showed. The result compared with the median of 26 estimates in a Bloomberg News survey for a 0.7 percent gain.

The report covers a period before companies including BHP Billiton Ltd. scaled back mining projects in response to lower prices of iron ore, the nation’s most valuable commodity export. Reserve Bank of Australia Governor Glenn Stevens cut interest rates in May and June to help support consumption and the nation’s housing market as an elevated currency extended a slump in manufacturing and services.

“It was inevitable growth would decelerate after the impressive but unsustainable expansion” in the first quarter, Katrina Ell, an economist at Moody’s Analytics in Sydney, said before the report. “Mining investment, coupled with robust household consumption and higher government spending were behind the solid second quarter.”

Resource investment to meet Chinese demand and foreign investment funds seeking a haven have spurred gains in the currency, which closed above parity with the U.S. dollar for all but 23 days this year. The Aussie has averaged $1.0246 in the past two years, compared with 72 U.S. cents in the prior decade.

It has since retreated — dropping 3.3 percent in the past month, the worst performer among the 16 major currencies tracked by Bloomberg — as signs mount that growth is slowing in China. A quarter of Australia’s exports, or about 5 percent of GDP, goes to the world’s second-largest economy, and 60 percent of those shipments are iron ore.

Compared with a year earlier, the economy expanded 3.7 percent in the second quarter, today’s report showed. That matched the median forecast of economists in a Bloomberg survey.

The nation’s household savings ratio rose to 9.2 percent in the three months through June from a revised 8.9 percent in the first quarter, today’s report showed.

The RBA yesterday held its benchmark interest rate at 3.5 percent for a third straight meeting, citing “quite firm” consumption in the first half, commodity prices that have fallen “sharply” in recent months and a more uncertain outlook for China’s growth.

Data since midyear have indicated that the economy may grow more slowly than it did in the first half.

A government report two days ago showed retail sales fell 0.8 percent in July from a month earlier, the steepest drop since October 2010. Consumer confidence in August declined by the most in five months, according to a Westpac Banking Corp. and Melbourne Institute index.

To contact the reporter on this story: Michael Heath in Sydney at mheath1@bloomberg.net

To contact the editor responsible for this story: Stephanie Phang at sphang@bloomberg.net