Rihanna Covers Vanity Fair’s November Issue and Gets Real About Chris Brown: “I Was Very Protective of Him” 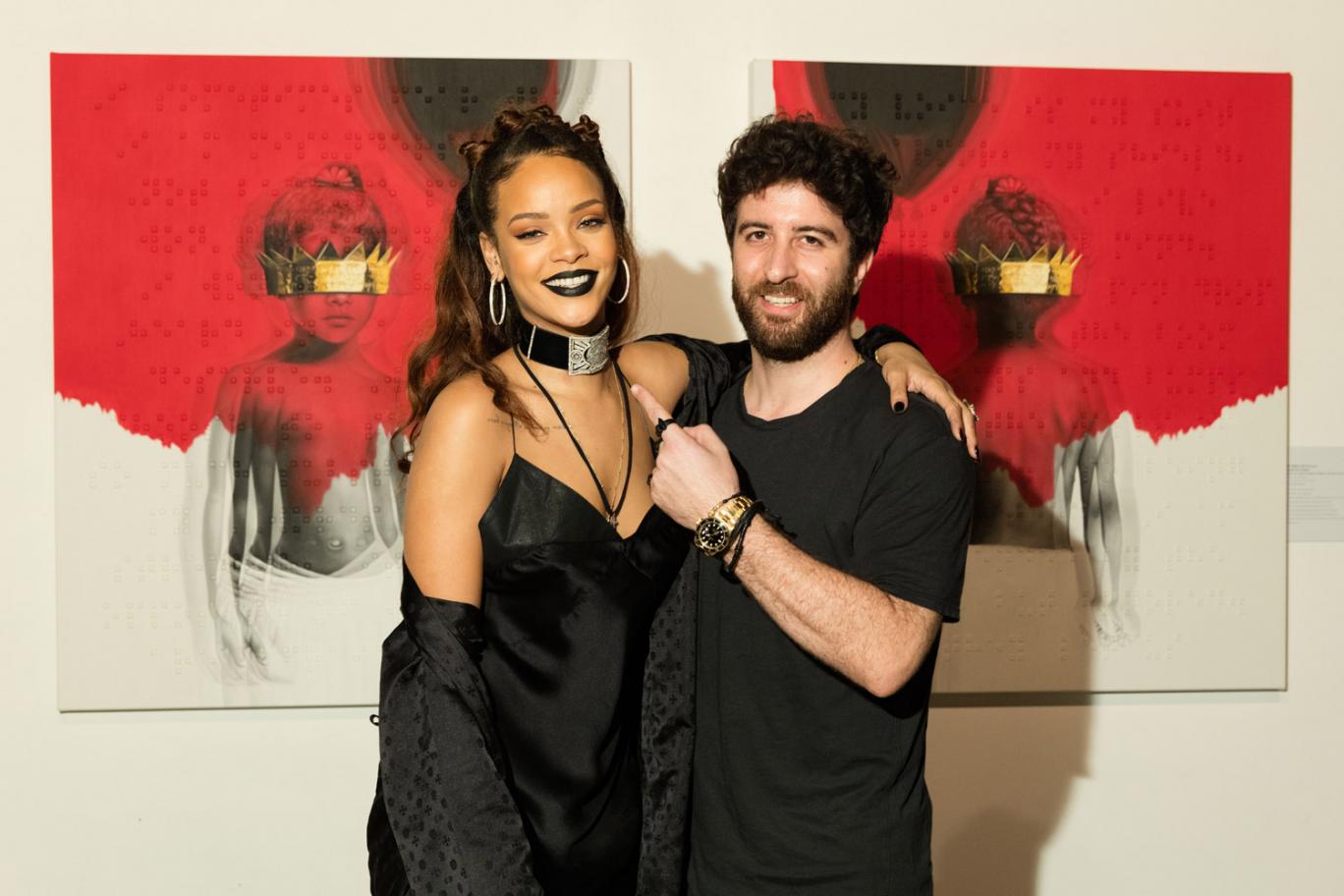 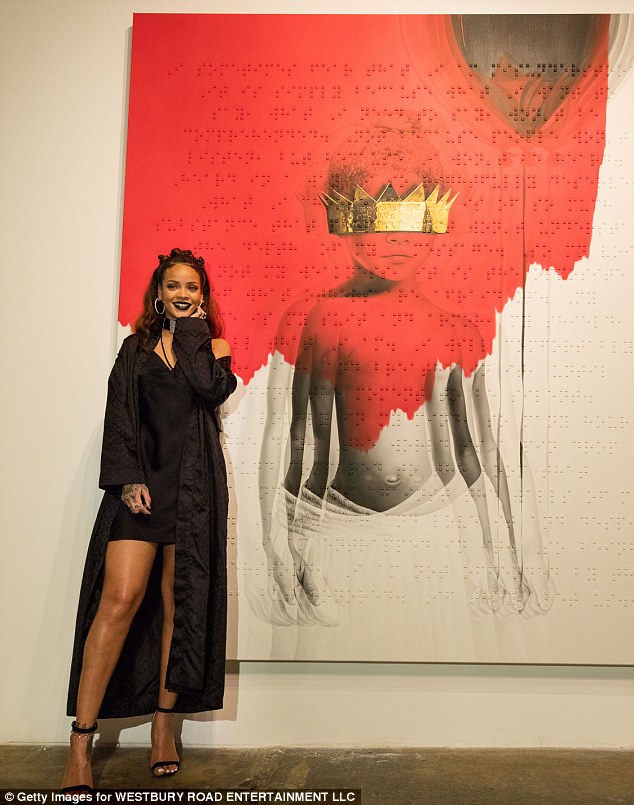 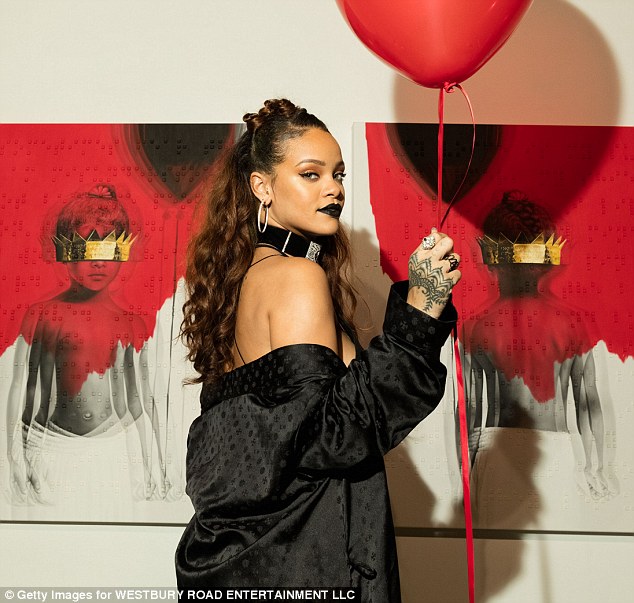 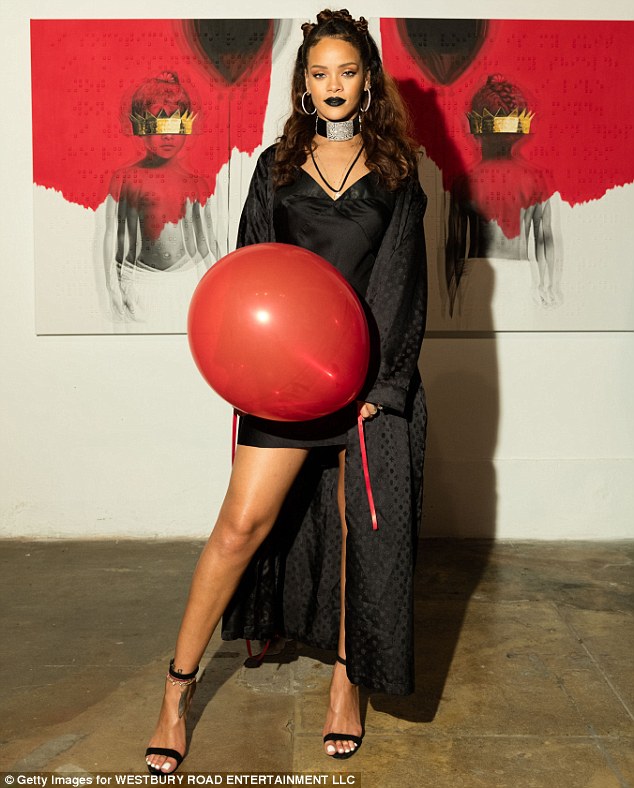 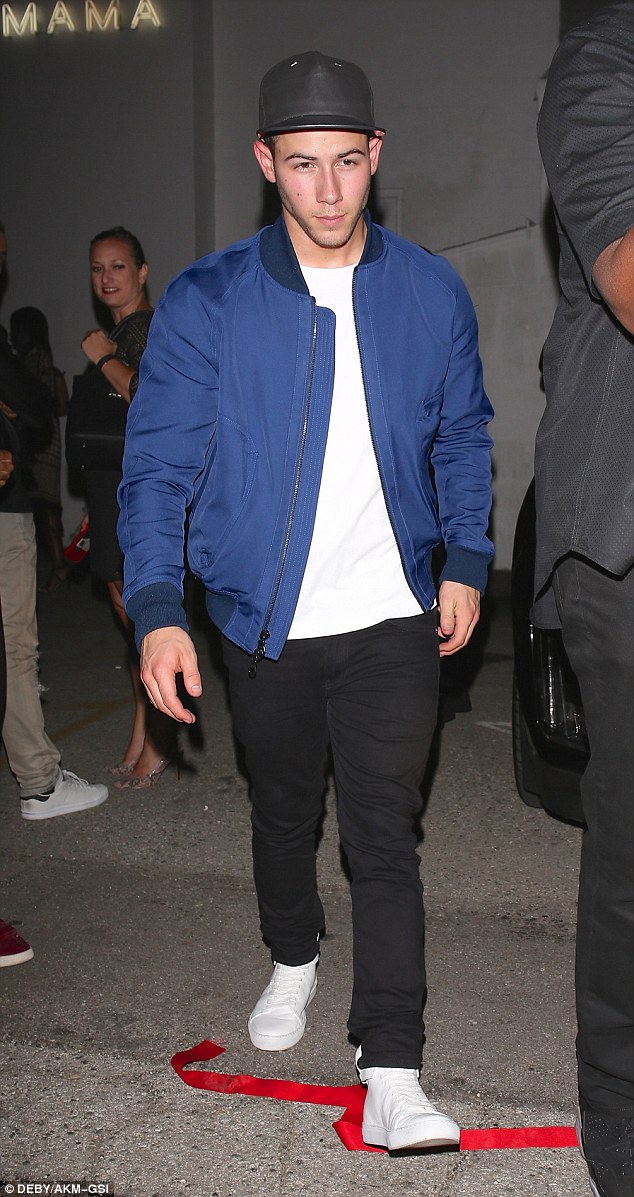 As you know It’s been 3 years since singer Rihanna released her last studio album and last night (10/7/15) Rihanna rewarded her die-hard fans by revealing to the world the artwork of her 8th studio album which until now has been known as “#R8” to her fans. However with the release of the artwork she also revealed the album will be called “ANTI”.

The event in itself wasn’t your average artwork reveal. Riri held an event for some of her die-hard fans and a handful of press, at the MAMA Gallery in Los Angeles, California late last night. The pop star collaborated with contemporary artist Roy Nachum who created the artwork and it will feature poetry by Chloe Mitchell which is inscribed in braille on the artwork.

The impressive artsy cover shows a throwback photo of the singer, which was reportedly taken on her “first day at day care”. With the entire album covered in braille, a five-year-old Rihanna can be seen wearing a gold crown over her eyes while holding a red balloon in her hand.

“He sees things beyond the surface which is why I decided to collaborate with him…He really interpreted it in his own way, with exactly the message I wanted” – said Rihanna of Nachum, reports The Guardian.

She added: ‘The whole idea behind the Braille is that people who have sight are sometimes the people who are blindest.’

Preened to perfection, the singer was dressed in a plunging black dress, which was teamed with a satin overlay jacket as she mingled with guests. Guests such as Nick Jonas, Chloe Mitchell, Scout Willis and Terius Youngdell Nash. Meanwhile, Rihanna so far has released snippets and teaser tracks from her upcoming album, the latest being Nothing’s Promised. With a release date for the album yet to be confirmed, the latest offering has so far laid three singles; FourFiveSeconds, American Oxygen and B**** Better Have My Money.

The Use of this Article, displayed on our website is for Educational use only. We (Dopeness Magazine) do not take any credit in both creating the media and information of this article; All credit goes to their rightful owners and business entities.