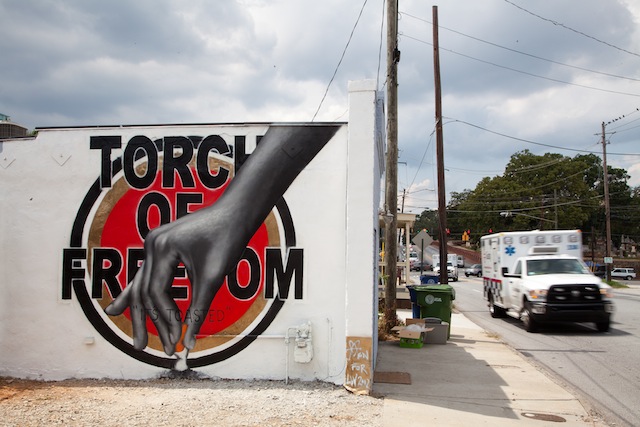 Last month, I was at the Living Walls Conference in Atlanta, but it’s only now that I’ve really had a chance to sit down and write about it. I thought that I was going to write this really long post, but the environment at Living Walls is difficult to capture in words, so this post isn’t nearly as long as I would have hoped.

Living Walls is, as far as I can tell, the best mural conference/festival/program going on right now in North America. Living Walls doesn’t tend to just invite all the artists who are painting at other mural events around the world. They invite good artists. Sometimes those artists are guys like Roa who are everywhere, and sometimes it’s women like Miso who have only ever painted one or two murals. As a result, Living Walls sets trends among mural festivals. 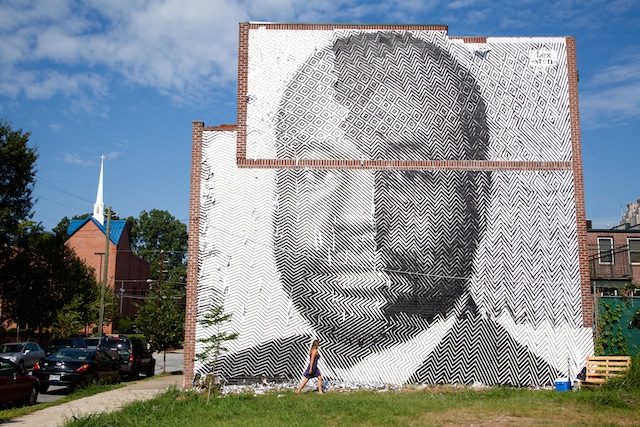 For their main conference this year, Living Walls really bucked popular trends and tried to put street art on a new track by having a festival made up almost entirely of female muralists. While guys like Gaia, LNY and I were still invited to speak at the lecture and panel portion of the conference, Lex and Sten’s mural was the only one where a male artist was contributing. 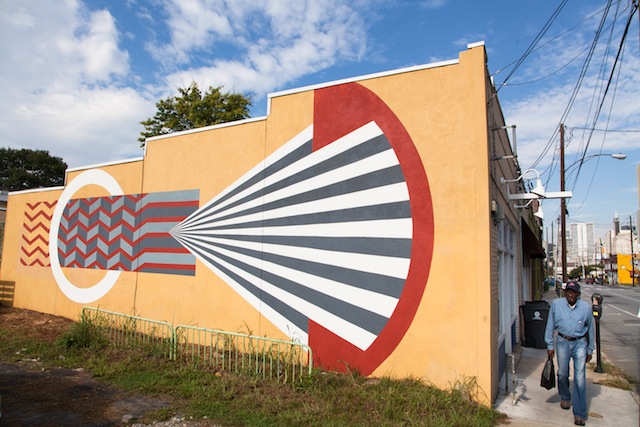 While the murals weren’t as amazing on the whole as they were last year and the crowd of artists wasn’t nearly as rowdy (although that might have been a plus), this year’s Living Walls did bring some great work to Atlanta and really showed that there are some underrated female street artists and muralists out there who could be on the mural circuit as much as guys like Jaz or Roa. My hope and expecting is that the top-tier of artists from the conference will get more attention brought to their work thanks to Living Walls and some will start getting invited to a lot more mural festivals. As I’ve said in the past, I do not generally get excited to give artists preferential treatment based on them belonging to some underrepresented group, but I can see why an all-female Living Walls may have been the right move for this year even if the quality of the work did drop slightly.

This Living Walls conference had more artists than ever before who were either more on the community mural side of the spectrum or had never painted a mural before. The results of that move were mixed, but there were some artists like Jessie&Katey and Monica Ellis who took the opportunity and absolutely crushed it. 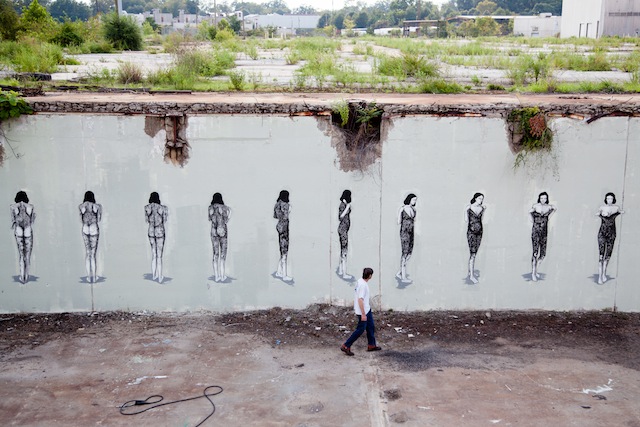 Hyuro. This wall has since been painted over.

One thing I have to add isn’t so much about the art though. Whether Living Walls were inviting only artists that none of us have ever heard of before or stealing their line-up from Nuart, it would still be at least one of the best mural conferences in the world. That’s because Living Walls’ secret is in their amazing staff. Living Walls has best team of volunteers of any mural festival I’ve ever seen or could imagine. They are unbelievably dedicated to the festival and to getting more world-class street art and murals in Atlanta. Every day, the media team led by Alex Parrish was up until something like 4am putting together a video of what had gone on that day, and then they’d be back up at 7am to start filming all over again. Just last week, I was emailing with Keif Schleifer, their Logistics Director, who was spending her free time advising me on cherry-pickers. The day of the Vandalog Movie Night, volunteers showed up out of the blue to help us set up and run the show. Laura Calle and pretty much everyone else on staff who spent their own money to pay for the gas to drive myself and the artists around Atlanta. The drag queen who was a volunteer last year and this year helped arrange a drag show for the Living Walls Block Party. The artist assistants who stand in the hot sun alongside their artists all day long, offering any help they can. And of course, Monica Campana, the Executive Director of Living Walls, who is the amazing glue holding everything together without ever sleeping or slowing down. Everyone on staff or volunteering at Living Walls works at least as hard as the artists, and they were certainly working harder than me. After visiting two years in a row for just a few days each time, it honestly feels like I have family in Atlanta. 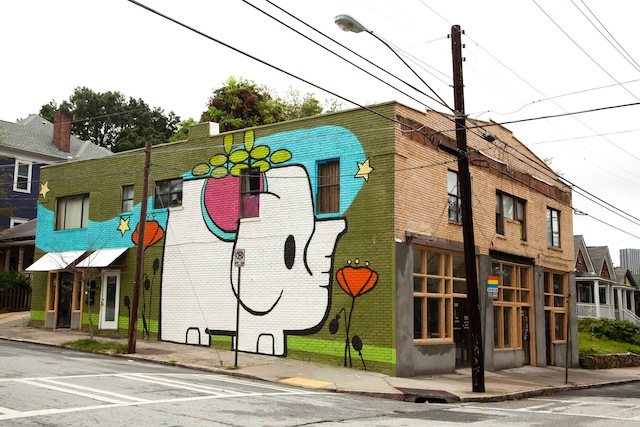 Much more after the jump… 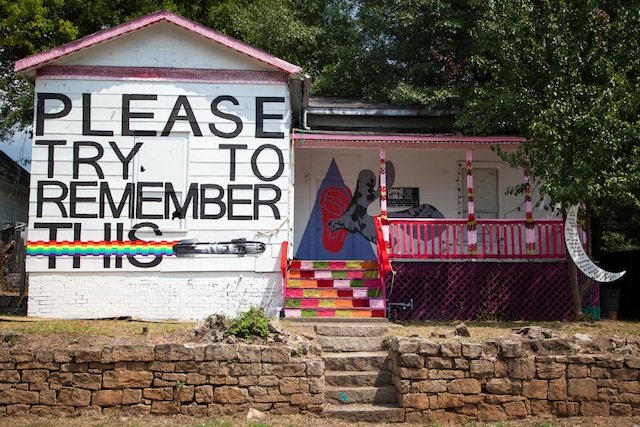 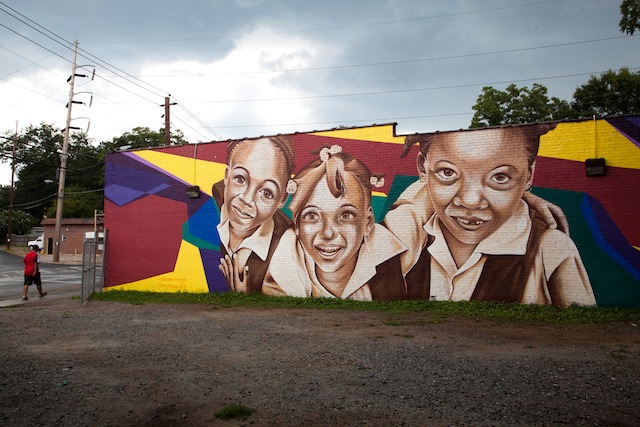 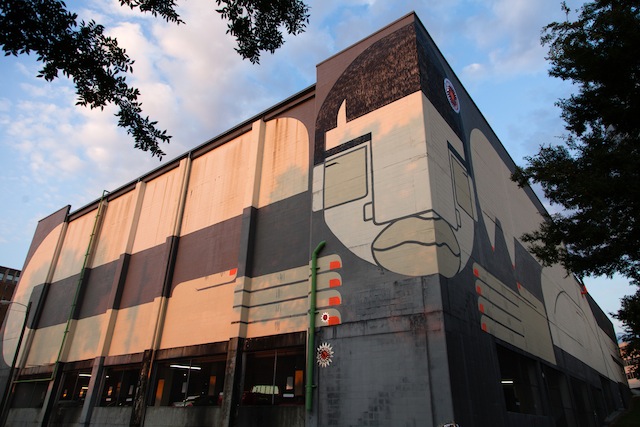 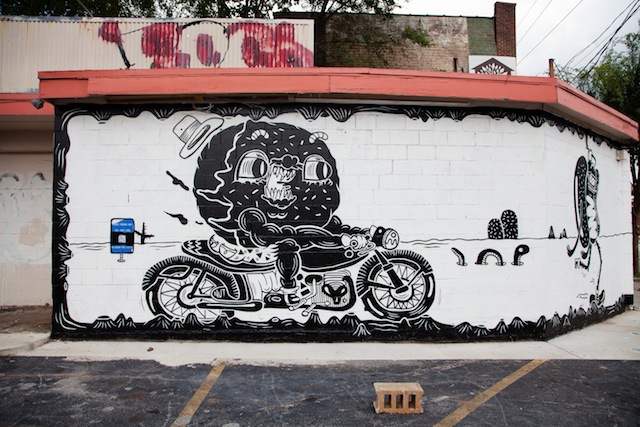 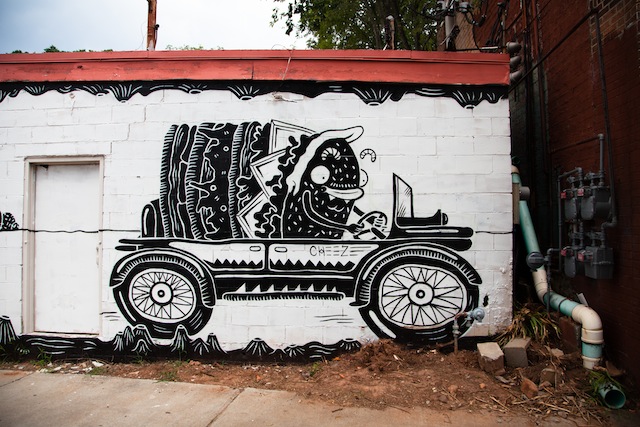 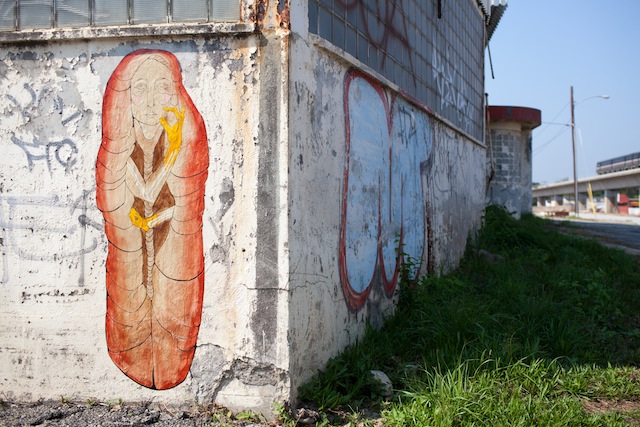 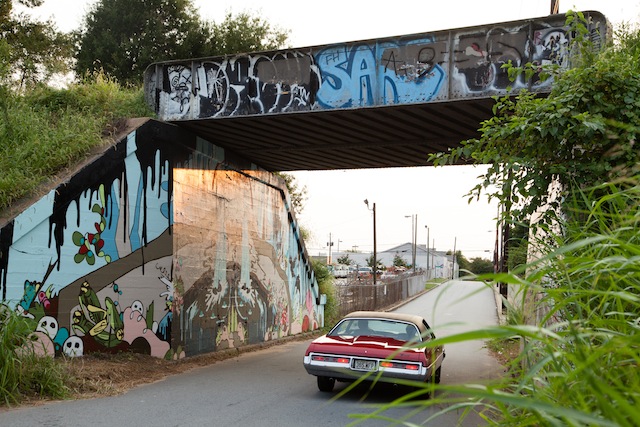 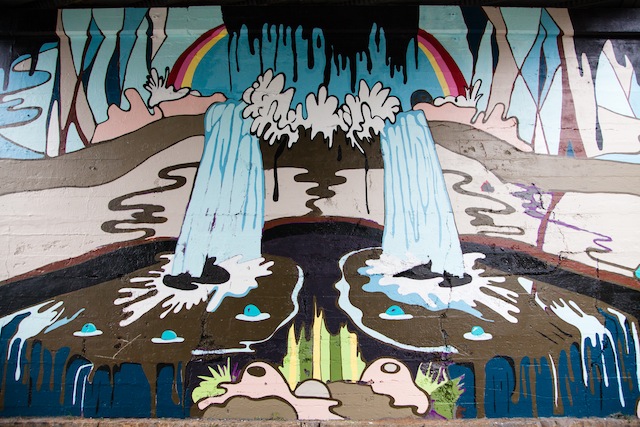 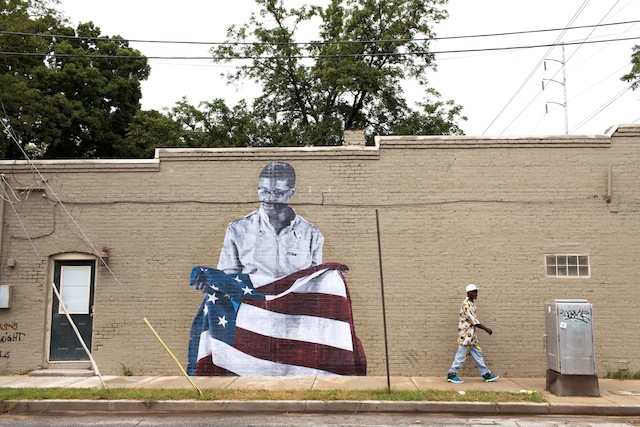 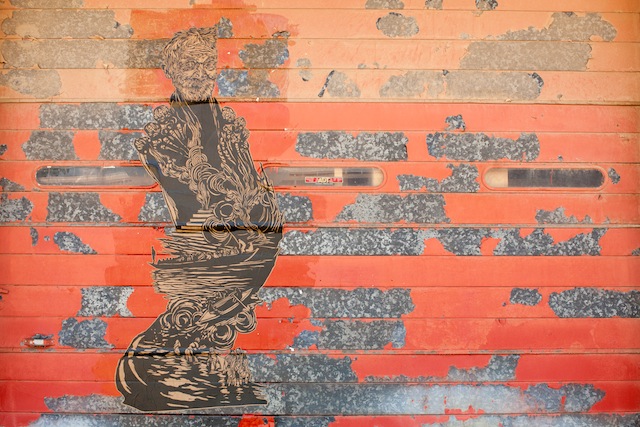 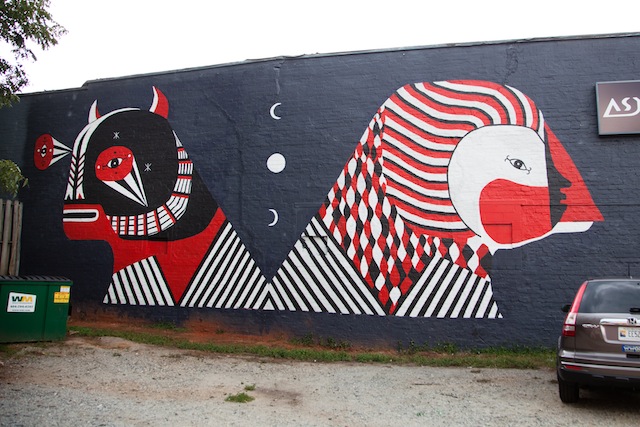